Weird! Paper Airplane Made Out Of Chicago City Wire Only Goes To The Far Right, Always Lands in Toilet 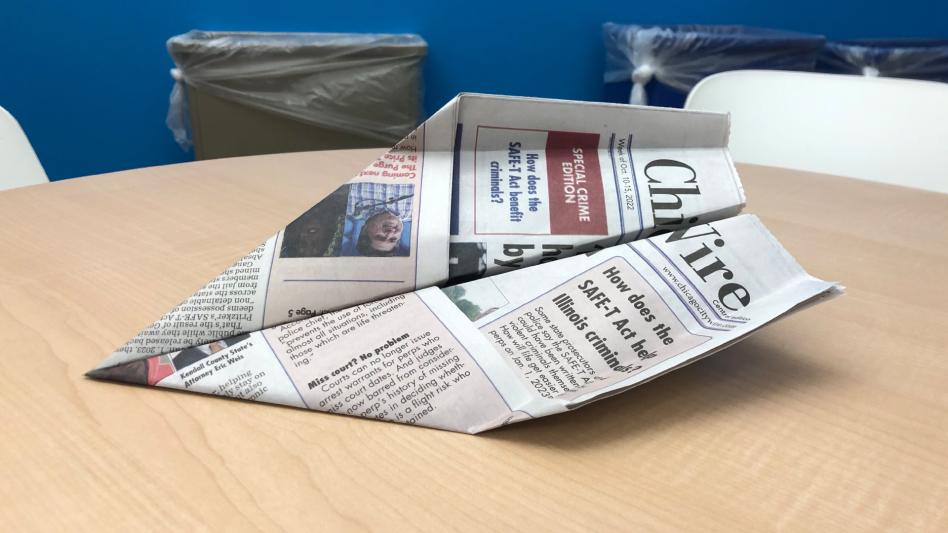 CHICAGO – Dealing with a glut of copies of The Chicago City Wire choking their mailboxes, Chicago area residents who couldn’t be bothered to throw them away have taken to using them in all sorts of ways, including making paper airplanes. In a strange coincidence, in 99% of flights they end up going to the far right, always directly towards the nearest toilet.

“I certainly can’t explain it”, said Carole Strong, 43, art teacher and toilet owner. “I instructed my students to bring in any copies they weren’t already using as litter box liner or padding for guillotine baskets and even when we crimped the nose left, the airplanes we made them always took a hard right turn”.

She couldn’t comment on the toilet aspect, except to say that that’s where they ended up, “almost as if they belonged there.”

Strong said there were few exceptions however, like when a plane flew directly at an image of Gov. J.B. Pritzker on a computer monitor as if attacking it.

While the mayor’s office has begun investigating the issue, residents are reminded there are plenty of other productive ways to utilize the publication including: