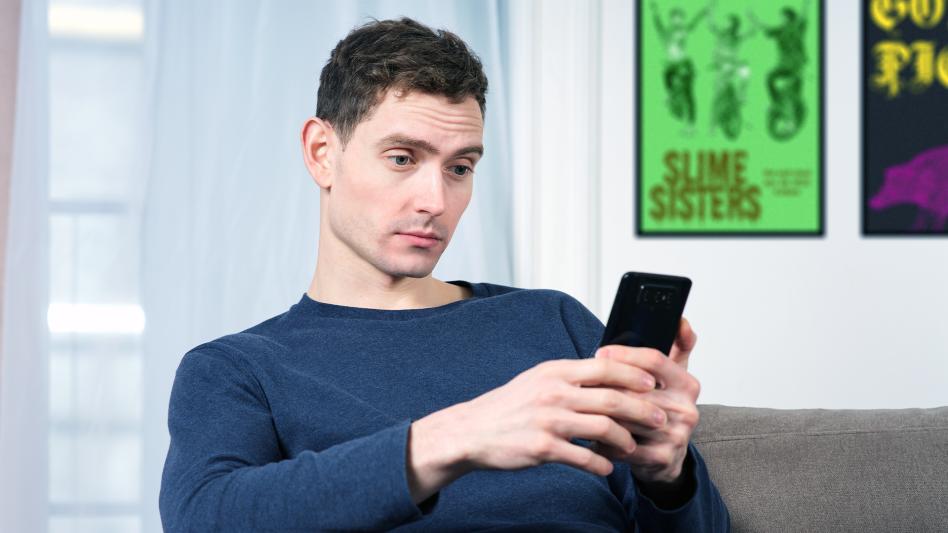 NORTH CENTER — After an almost three year hiatus, local improviser Jeremy Pearson, 33, has announced he’s getting back into performing with an “intimate, no-frills celebration of creativity and the human spirit” later this month, according to an instagram post from August 2nd. But here’s the crazy thing—anyone who wants to attend will have to DM Pearson for the address. Throwback!

Pearson’s unorthodox promo is already generating a lot of buzz.

“That’s, yeah—that’s gonna be a no from me,” said longtime acquaintance Julie Smergel, 32 when she saw Pearson’s Instagram post. “No thanks, that’s all right.”
“There was a time when I would have been charmed by this but the pandemic kind of put the final nail in that particular habit,” she elaborated. “I really need to know what I’m getting into these days, and ‘DM me for address’ is not…I’m not feeling particularly held by the feelings that phrase inspires is all I’m saying.”

“Sorry,” she concluded. “But it’s just going to be like 20 minutes of the same bits he’s been doing since 2015, a ‘surprise set’ from the Slime Sisters and then some weird, Sleep No More-style walkabout thing in whatever apartment he’s co-opted that’s not going to play at all. I’m too old for this.”

Other members of Pearson’s social circle merely cited the distance as a factor for their reticence to support their friend.

“Bro, I live in Portage Park now,” said Hugh Friedkin, 29, Pearson’s former improv teammate and writing partner. “I have like, a house and a wife and like, a kid. I can’t be DMing someone to ask where their show is. That part of my life is over now.”

Although he couldn’t attend, Friedkin was later seen sharing the post with his son, Daniel, 2, and saying “this is why daddy doesn’t go out anymore! This is what daddy wasted his 20s on!” Soooo cute!

“Best case scenario: it’s at his house which is already not great,” said Shelley Grodin, 26, who met Pearson once at the Annoyance and has felt too awkward to unfollow him since he interacts with all of her stories. “Worst case scenario? It’s not at his house and then I’m on the hook to attend because I would have had to ask to get the address in the first place.”

“No, going to go ahead and ignore this one,” she concluded.

As of press time, Pearson had updated his original posting to tag the Slime Sisters and a band called Gore Pig whose social media bio says “scary industrial music w/ no tempo.” Best of luck to Jeremy and his new endeavor!