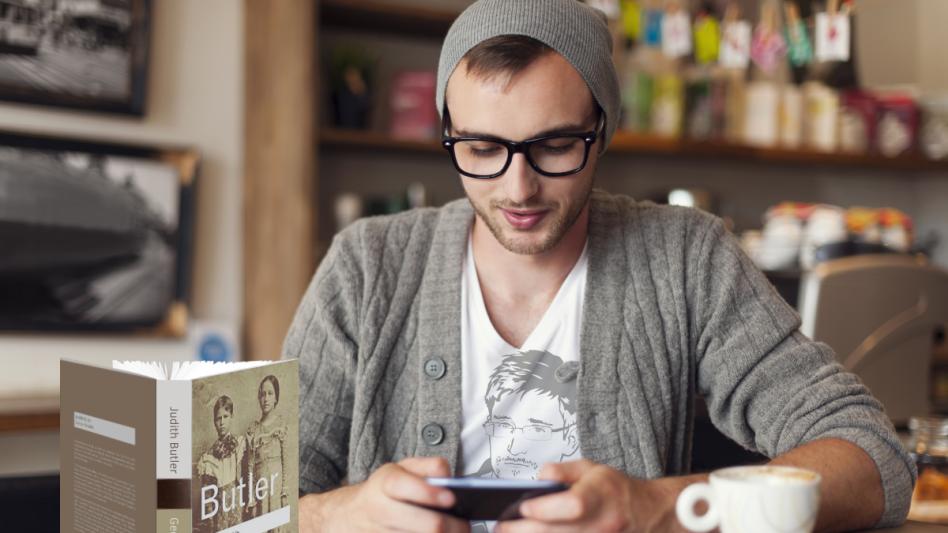 Andersonville — Celebrated queer dining locale Call Me By Your Breakfast descended into mayhem this past weekend when Erich Petrov, 28, remarked that Call Me’s weekly drag brunch was just a regular, standard brunch to an open-minded guy like him.

“I think transgender people are incredible,” said Petrov, unprompted. “The fact that she does this every morning is a testament to the strength and perseverence of the LGBTQ community.”

Backstage, Headbaby clarified that she is neither a transgender woman nor a regular performer, adding that Petrov interrupted the acrobatic number more than once to ask fellow diners for their preferred pronouns. Multiple Call Me staff members also raised complaints about the self-described staunch ally.

“What, the guy with the Edward Snowden shirt? I’ve been trying to give him his check for like 40 fucking minutes,” said Cassandra Nelson, 37. “Every time I go over there, he points to my septum piercing and says ‘Gay Rights.’”

To the dismay of both brunchers and waitstaff, even gross-out performer Miss Yuck, 54, could not penetrate the diner’s supportive fugue state. After witnessing the outrageous queen down three mimosas in under a minute, vomit one back up, then drink the remaining contents, Petrov asked a nearby table if they had ever read The Argonauts.

“He keeps asking us if there’s anything he can do, any way he can support our community,” said Yuck, “but when we tell him ‘Money! Give us money!’ he starts crying and eating a miniature quiche at the same time.”

The organizer of the drag brunch, Greg Aquino, 41, mentioned that this is not the first time Petrov’s enthusiasm has caused trouble in the area.

“My nephew works at a coffee shop down the street, and Mr. Petrov used to be a regular there,” explained Aquino. “Guy thought Starbucks was a drag bar or something. Got kicked out a few months ago after asking baristas too many weird questions, stuff like ‘Can you teach me the splits?’ and ‘Are you like this all the time, or is it just for fun?’”

Genius Herald reporters could not confirm the story with Petrov, as he quickly fled Call Me once the drag brunch ended, leaving no tip. Waitstaff noted the open-minded man left a receipt, but only wrote Believe in yourself at the signature line.