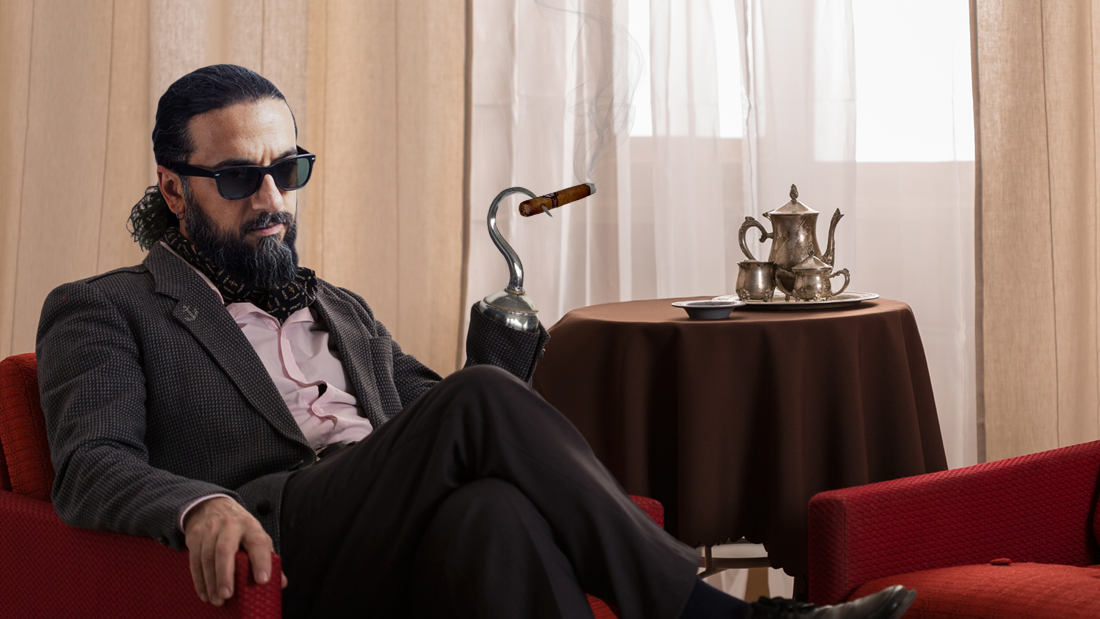 HUMBOLDT PARK — Resolving a week of nervous speculation from community leaders, longtime Humboldt Park villain and scourge of the high seas Captain James Hook, 44, gleefully renewed the lease on his spacious luxury condo Tuesday morning. Hook's aggrieved neighbors largely attribute the decision to the overnight capture of the alligator found in Humboldt Park Lagoon last week; Hook himself expressed great relief that he could continue terrorizing residents now that "that blasted demon of the deep has been vanquished.”

Hook’s landlord Richard O’Halloran, 39, was on premises to accept the paperwork. When O’Halloran dejectedly asked Hook to clarify his reasons for staying, the pirate captain emitted a booming laugh. “It’s that damned scaly monster! No more shall he stand in the way of my designs, nor doth he hunger for my flesh from his place in his watery grave!" O'Halloran watched glumly as Hook added several new gashes to the drywall with his cutlass.

The notorious scalawag continued celebrating with a salvo of cannon fire from his back porch, seeming entirely unconcerned that the alligator in Humboldt Park was neither the same individual animal nor the same species as the legendary crocodile famous for eating Hook’s hand. Hook reminded the gathered media and press-ganged neighborhood children that the “croc [sic] had bad form, the old devil, showing up in my latitude like that. Bad form indeed. And have I shown nothing but kindness?” Hook bragged further about his disastrous “sponsorship” of a soccer league in the park and his ongoing public war with the Lost Boys that control the Bloomingdale Trail as O’Halloran took on a sour expression and was heard muttering “precipitous drop in property values.”

Hook was lounging on an expensive sofa and taking a drag from a cigar impaled on his large steel hook when his room-/first-mate Lt. Bill Smee, 62, approached him. “Uh, your Captainishness, sir, the alligator, sir, it was captured ‘humanely,’ they says. They says it ain’t dead, sir, just removed.” Following a violent outburst that destroyed the sofa and an iPad on the nearby table, Hook swore eternal vengeance on “the horrid Pan boy and his horrid friends” for “this latest evil scheme” and swore to remain at his Kimball Ave. residence “until all mine enemies are strung up by their ankles at the boathouse. Are you with me, Smee?”

At press time the Terror of Humboldt-née-Neverland had left his residence to harass  an antique store on Division St, alleging that they “should know better than to sell clocks. Mechanical devilry. Bad form.”