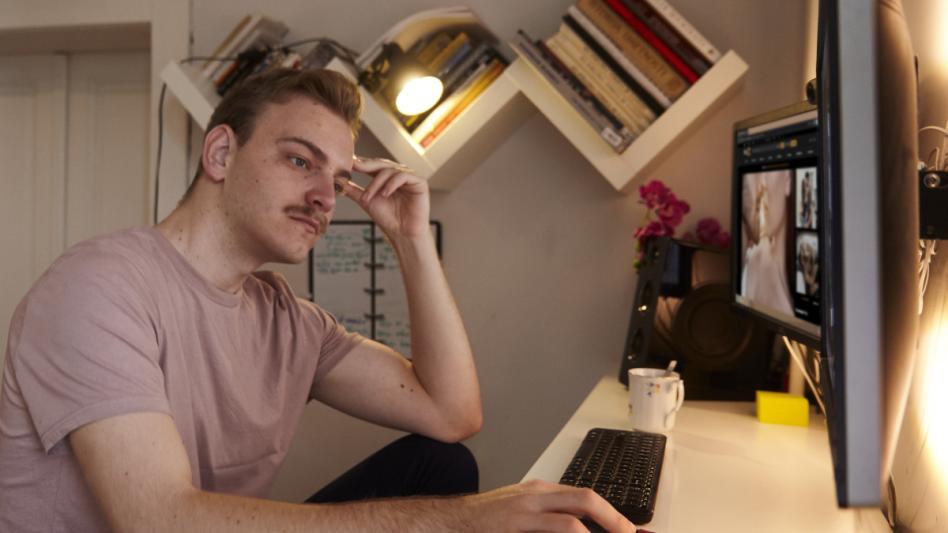 RAVENSWOOD — Opening an incognito window on his laptop and lowering the bedroom blinds, Andy Linkter, 33, expressed doubt that, after years of a grueling pornography habit, another stimulus check would be enough to get him going.

“If there even is another one, which I doubt,” said Linkter in a brief and sweaty email, “It’s not even going to scratch the surface for me. I’ve been doing this every day since high school.” Going on to elaborate that a little bit of stimulation isn’t nearly enough for a brain entirely reformatted by the darkest annals of internet pornography, Linkter aired the need for the federal government to get creative.

“Give me the money in a fishnet bowling ball bag. Make it cash, and draw extra neck muscles on the Benjamins. Soak all the money in grenadine and then tie a cherry stem with your tongue and put it on top. These are all ideas I’m just giving you for free, off the cuff,” Linkter said in a Zoom call, going on to list fifteen more ways to sex up the stimulus package before taking a breath.

Despite arguments that most recipients of a second stimulus package would be more interested in the financial aid than its presentation, Linkter remained adamant about the addition of meaningful sex appeal.