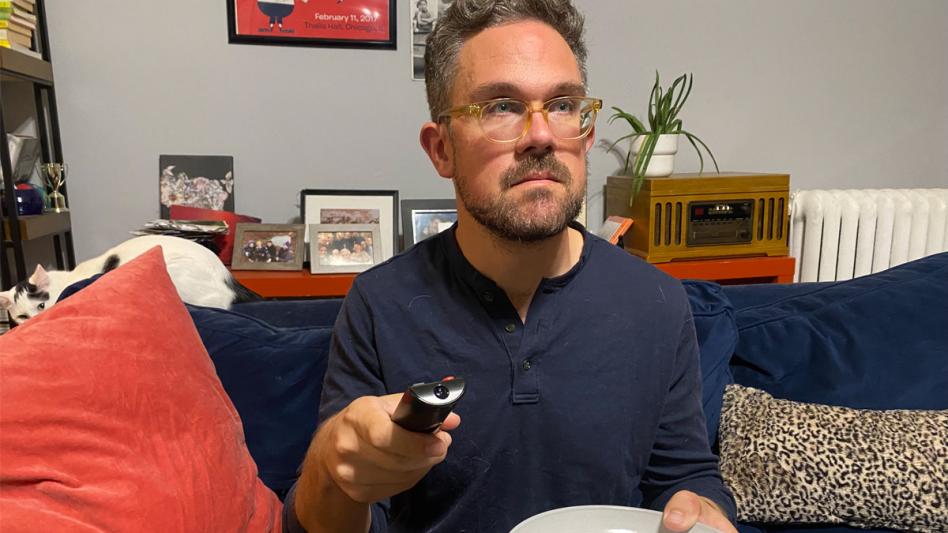 WEST LOOP — In new report Tuesday it was revealed that a Chicagoan, Kevin Hojczyk, 30, a full-time bus rider, managed to consume his entire dinner of chicken thighs, broccoli, and brown rice in under 10 minutes all while scrolling through his streaming services, having failed to find a single thing to watch.

“I started eating as I booted up HBOMax,“ recounted Kevin. ”But once the welcome screen finally fully loaded I was about halfway through my rice and that’s when I knew I was in trouble.”

Kevin raised concerns that this was happening more and more often as he has “basically seen everything good”.

“As far as Netflix goes, the next episode of Great British Bakeoff doesn’t come out until Friday so I’m kind of fucked until then.” said Kevin. “I was going to start Squid Game, but squids aren’t a game to me.”

“We have about 1,000 hours alone of standup specials performed by some of the least known comedians on the planet.” said Simone Camden, 43, Netflix executive. “And then about another 1,000 hours of standup by famous people who are actively self-destructing their careers, so a little something for everyone!“

Going forward Kevin decided to attempt a new strategy of thinking about what he wanted to watch during the day, or even just not watching something while eating.

As of press time Kevin had started eating an entire second dinner of salmon, quinoa, and wilted greens and had booted up YouTube and began typing in random letters and numbers until he finally settled on a 4 hour video titled “Top 100 Industrial Accidents of the 1940s”.