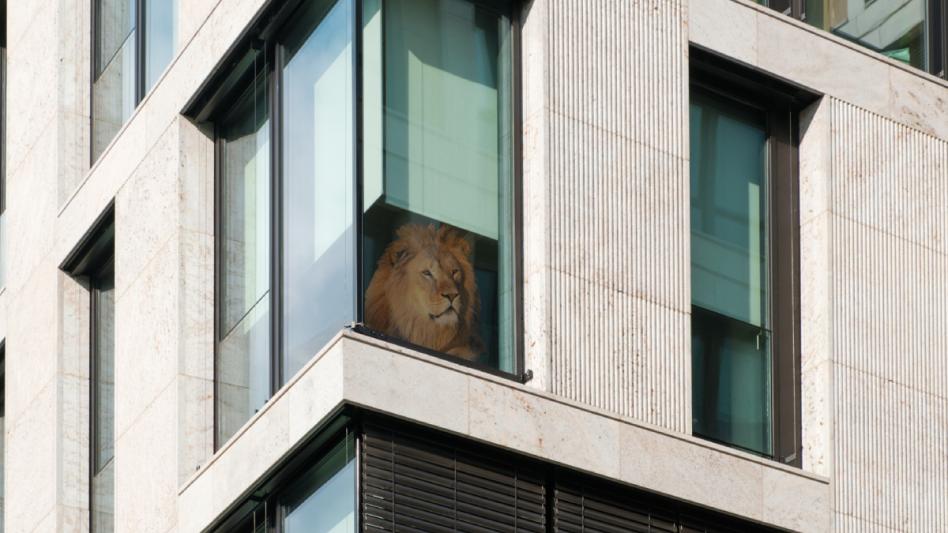 LINCOLN PARK — At Lincoln Park Zoo this week, officials confirmed that the zoo’s lion habitat will reopen this fall after extensive renovation. The 1912 Chicago landmark building will be largely demolished, officials say, in favor of luxury amenities for feline inhabitants in a new mid-rise condo space.

The new building, dubbed LiHab, will feature state-of-the-art cooling areas and an in-house fitness center for the lions, most notably including a new “zipline” food delivery service fulfilled through DoorDash.

“We’re so excited to provide our new lion family with the best mid-tier condo living that Chicago can offer,” Mike Fough, Lincoln Park Zoo’s cat manager, told the Chicago Genius Herald. “Especially since they’re moving from out of town, their expectations are Pride-Rock high,” Fough exclaimed, crossing his arms smugly. Behind him, a zipline test dropped a rabbit carcass wetly into the enclosure.

A new pride of lions will indeed be moving in once the redevelopment is completed in September; the previous family of big cats, which had resided in the habitat for years, will be moving to another lower-rent zoo in Ohio.

Other plans for LiHab include an impressive glass facade that will allow the lions to look down upon human visitors with empty indifference, in-unit laundry,reclaimed wood detailing, and wide open floor plans for habitat areas. The new habitats will allow the lions and other felines roughly twice as much area to prowl, with a new “luxury price point” at several times the cost, Fough says.

Reached for comment, the new lion family was optimistic about the move. “We’re so excited to finally live right in the heart of Chicago: Lincoln Park,” said Lynne Pantheraleo, the matriarch of the new pride, via Zoom. “It’ll be such a good place to raise a family,” she continued. “They removed the moat for us, so we can get a good look at the humans. And between you and me, it’ll be so much safer now that the tigers are gone,” she purred.

The LiHab condos will open applications to specific species interested in the development starting in August, including red pandas, snow leopards, and Canada lynx. LiHab will offer model unit tours and prices by appointment only.