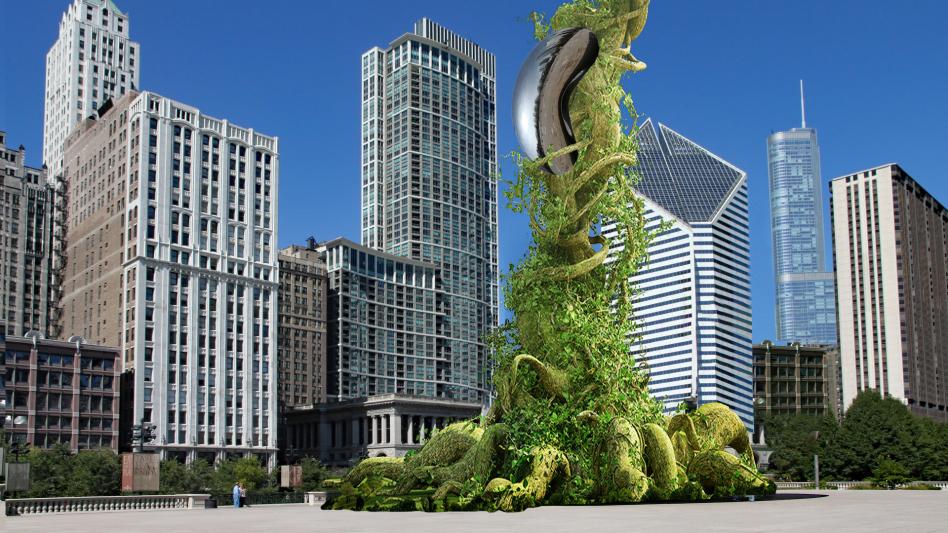 ABOVE MILLENNIUM PARK — After packing its bags and scheduling the requisite PTO, the Bean is returning home to its native castle in the sky for the Thanksgiving holiday.

“It’s been a long time since the Bean was stolen from our big house in the sky,” said giantess Pamela Wachusett, 309. “Aside from the indignities of home invasion and theft, we really missed our Bean, and we’re glad the Bean is able to take time out of the Bean’s busy city schedule to come on up here to celebrate Giant Thanksgiving.”

The Bean plans to commute via beanstalk to the hometown sky castle on Wednesday afternoon and sleep on the giants’ couch for a few nights before coming back to Chicago for the start of the next work week. “We did turn his shelf into a Giant quilting nook,” said Wachusett, “He hasn’t lived at home for quite some time, and it didn’t make sense to keep his can in there forever.”

“It’s hard for the Bean to visit home,” said Bean handler Rachel Brunette, 52. “After being abducted from the Giant homestead at such a young age, and then adapting to the city and cultivating a certain lifestyle down here...reverting back into a filial role can be jarring.” While the Bean plans on employing coping mechanisms such as pre-emptively helping out in the Giant kitchen and setting Giant boundaries to get through enforced family time, the worries linger.

“The Bean wants to be seen and respected as a grown-up, and for the Giants to validate his high-visibility role,” Brunette noted. “But the Giants see the Bean as someone small and helpless, who could be traded for a cow at a market set in an unspecified moment in the past! It’s not an easy relationship.”

But despite the hardships of visiting home, the Bean maintains that trips like this are worth it. Said Brunette: “The Giants’ castle in the sky gets the best view of the parade in the whole city.”