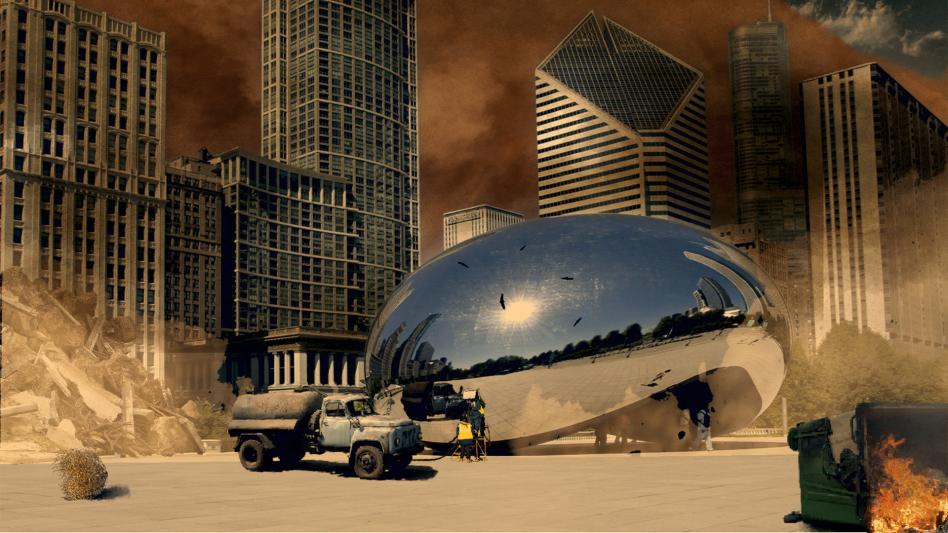 To aid Chicagoans and 100-ton monuments struggling at the pump, the city is offering a $150 prepaid gas card, $50 prepaid transit card, or the option to be ritually sacrificed at the foot of The Bean, such that their blood may postpone its stainless steel wrath. Any residents interested in the latter are encouraged to apply directly to the shadowy figures circling the Bean, or simply set up their own makeshift crucifixion.

“I always wanted to get crucified, especially for art,” said struggling actor Ansel Roads, 27. “I guess it’s time to finally follow my dreams and go to that big Brooklyn in the sky.”

“You are familiar with the water cycle, no? This is very much similar,” said Delorian. “Think of digestive system also. Bean creates gas, yes? Therefore gas creates Bean.”

The rise in gas prices also devastated the city’s Department of Monument Control and Rescue, who had hoped June’s slim 200-gallon gasoline offering was enough to sate the 2006 public sculpture’s demonic appetite. Assistant Dreadpriest Gorgot Archskelter, 56, warned that any further increase in gas prices, paired with budget cuts to his thousand-year-old department, could spell doom for the Windy City.

“I beheld a Vantablack sea, and upon its void rested a reflective pearl—nay, a legume,” said Archskelter, clad in ceremonial garb. “In its chromed mirror, ruined with selfies, the Cloud Gate opened, yes, and spake the future to me. Oh, Pritzker’s mercy upon us! In this sordid vision I witnessed the deepest dish: Malort wells run dry, the Second City devoid of improv and sketches, a Blue Line delayed for eternity, infinite Dave Matthews emptying infinite tour buses, a crystal clear St Patrick’s day river, and—oh, by Willis’ Tower—a second term for Mayor Lightfoot.”