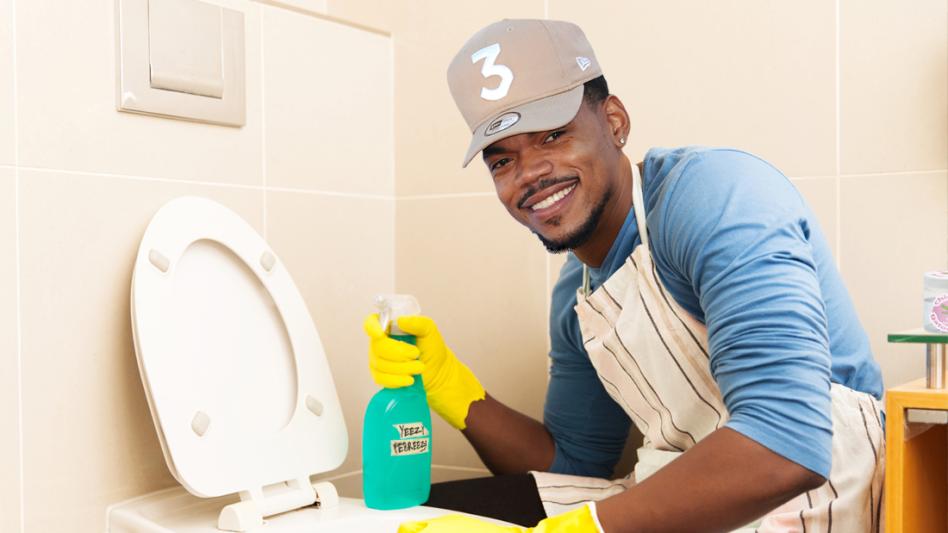 Coming off a whirlwind last few weeks, Chance the Rapper was looking forward to some relaxation, but those plans came to a screeching halt with news that his mother-in-law was coming for a visit. “She didn’t even give us 24 hours notice this time,” a flustered Chance said. “I mean, sure, we have a great condo for guests, but that doesn’t happen magically. It takes a lot of work.”

Chance tried to collaborate on the clean with Rose’s Cleaning Services and Chicago Minute Maids, but neither could help on such short notice. Unfazed, Chance said with a smile, “It looks like this scrub will be featuring a mop, a sponge, and some elbow grease.”

Chance called a family meeting where he passed out a list of chores, pointed to the clock and let everyone know only 20 hours remained to get their place looking like a West Elm catalogue. “What can I say? I only have one mother-in-law,” Chance said while using his homemade cleaning mixture made mostly of vinegar, distilled water and fresh lemons, he calls Yeezy Febreezy, to scrub the bathroom floor. “I’ve won multiple Grammy Awards, I have my own Netflix show, and I’ve lectured at Harvard, but I think what would really impress her is if she could eat off this floor.”

Not everyone in the household shares his passion for cleanliness. Chance’s wife, Kirsten Corley, was clearly going through the motions of cleaning the kitchen in what appeared to be some sort of ritual of stacking and unstacking dinner plates. “I hate it when he gets like this. It’s just my mom. It’s not that big of a deal,” she said, while rolling her eyes at the laminated list of chores. “Dust the crown molding and the chair rail.” She blankly looked up from the list. “I have no idea what a chair rail is,” she said, spraying Lemon Pledge aimlessly into the air.

“Aah! Aah!” Chance trilled, spotting a grimy faucet in the guest bathroom and only 19 hours left to clean. “You gotta make sure everything is perfect when Ms. C comes to visit. You don’t want no problem,” Chance said, while scrubbing the faucet. “Want no problem with her.”