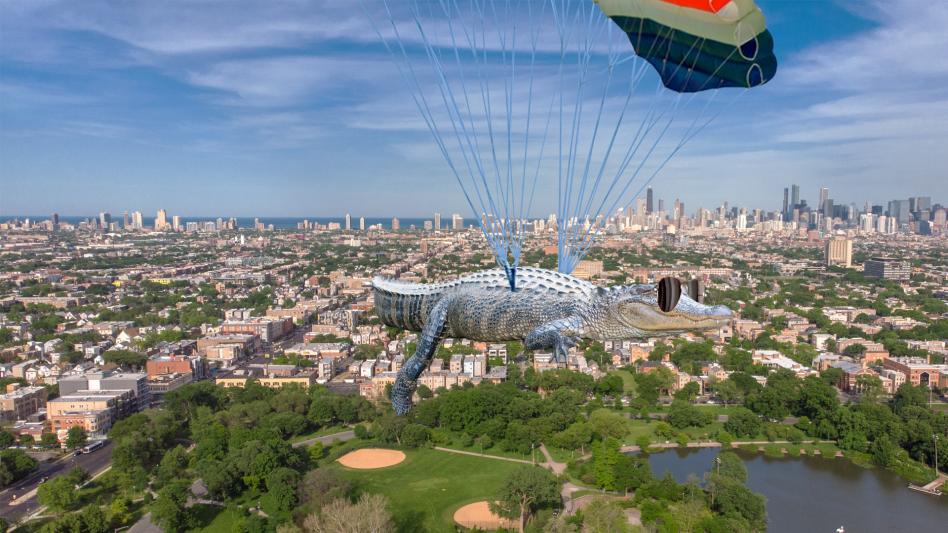 HUMBOLDT PARK — After a 72 pound carp was caught by a fisherman in Humboldt Park lagoon earlier this week, the city decided to have former lagoon resident and current alligator Chance the Snapper airlifted back to his watery home.

“We didn’t realize there was so much scary shit in that lagoon,” said Parker Parkinson, 56, the head of water quality for the Chicago Parks Department. “Seventy pound fish? That’s a fish as big as my neighbors' kid! And I can only assume twice as mean. Carlos is a total asshole, so we’re talking about the potential for a lagoon absolutely brimming with mean-spirited little shits. I know I’d feel better if we had someone on the inside.”

Chance, who’d been enjoying an early retirement eating birds and small mammals in Florida, was given his assignment early Thursday morning as the now nearly-200 pound adult alligator was strapped into a C-130 military cargo plane for immediate extraction to Humboldt Park. According to sources on the ground at the Tampa Bay airfield, Chance was given a pair of cool “aviator” sunglasses to wear.

“He was calm and cool the whole flight,” said Capt. Deborah Graves, 38, a military pilot who served eight distinguished tours in Iraq and Nova Scotia. “I’ve seen that face on soldiers before. That man is ready to kill some big ass fish.”

“When I heard they were bringing back the alligator they’d worked so hard to get out of that lagoon I was shocked,” said Martha Benito, 72, a resident of Humboldt Park, “but I guess given the choice between giant fish and a famous alligator with a cute nickname, I’m more comfortable with my grandkids being around the alligator? He’s on our side, right?”

“We’re thrilled to welcome back Chance to Humboldt Park,” Said Parkinson, “with his help we’re going to make sure giant fish are no longer a threat to those of us who like to bath nude in the lagoon at night. We value safety above everything here at that Parks Department — unless you’re a teenage lifeguard, of course — and when it comes to giant fish, I guess you could say we’re not taking a Chance. Did you like that? I think I’m going to say that in front of Chance when he gets here, so I just want to make sure it doesn’t sound too corny. It’s cool, right?”