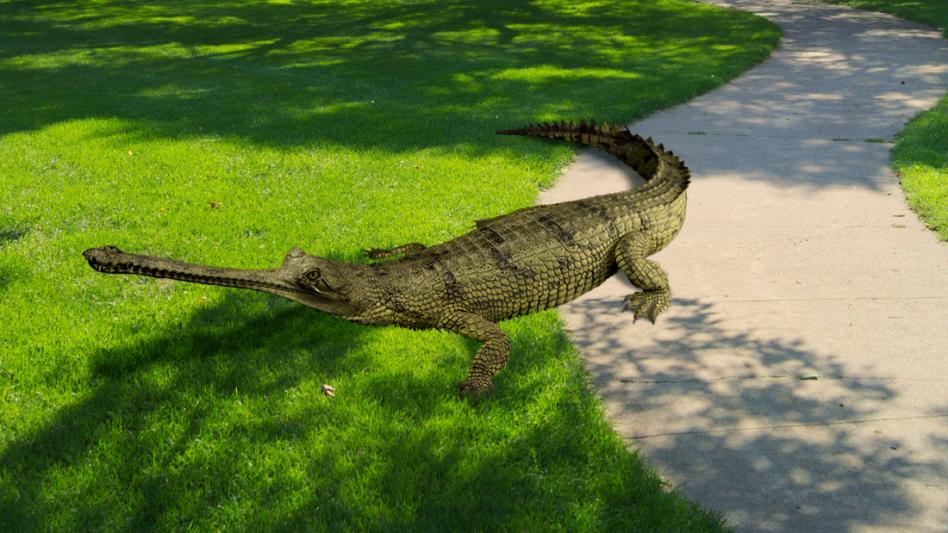 RIVER PARK—Insisting that she’s merely the victim of bad timing and a news cycle that favors more visible crocodilians and neighborhoods, the gharial living in Budlong Woods has nonetheless taken up to insisting that she’s feeling pretty left out of the discourse right now.​

“I mean I know it’s not a zero-sum game,” said the gharial, endemic to the Indian subcontinent and named for the earthenware pot they’re said to resemble, “but I can’t help but feel a little stung knowing that an alligator, which you can see all over Florida, is getting a t-shirt when me, an exotic Asian crocodilian, has been snapping it up in Budlong Woods for almost 3 weeks.”

According to the gharial, it’s been disappointing to see the media blitz surrounding the Humboldt Park Lagoon alligator, given that she feels she’s made an honest effort really be a part of the community. “Again, the Humboldt Park alligator is doing his own thing, and that’s great! I’m happy for him,” the gharial insisted while sunning herself near the bike path on Sport Roller Court, hissing at nearby cyclists as they sped past and lunging at a particularly slow jogger. “But what I’m saying is that I feel like I’m making an honest effort to be a part of the community here in the Woods; I’m trying to be visible and I wish local news outlets would do more to acknowledge that.”

“Humboldt is having kind of a glow-up as more young people move further west,” she said. “I get that. It’s natural that outlets are going to want to cover neighborhoods with millennials that have free time. But I can’t shake this feeling that this is a referendum on the way I look, and that hurts.”

“I’m not the scariest-looking prehistoric lizard around to be sure, but look at this,” the gharial said before waddling into a group playdate, playfully snapping her jaws and chirping with a theatrical gusto as young parents screamed and fled the park with their babies. “The Humboldt Park alligator is just...hanging out near a boathouse! And he’s close to a public beach! I’m doing the best I can with my thin jaw profile and protuberant eyes, and I’m out here in the shit! I’m making an effort!”

“Would this be happening if I was a mugger crocodile, or even a broad-snouted caiman? No! This is obviously a case of favoritism and it sucks, okay? It just sucks.”

Later in the day, a few pedestrians could be heard remarking on that “weird, lumpy log in River Park” that almost appeared to be moving, before returning to a discussion of “that crocodile or whatever in Humboldt; I heard it ate a dude earlier.”