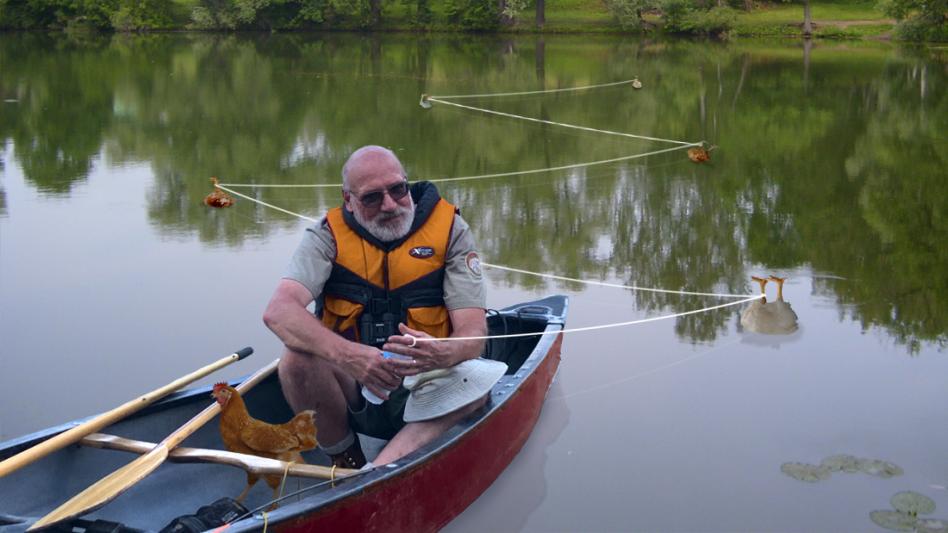 HUMBOLDT PARK—Tension is mounting at Humboldt Park as the 5-foot alligator set loose in the lagoon remains at large, swimming and sunning to his heart’s content. Gator Bob, a reptile expert with the Chicago Herpetological Society, has been pursuing it to no avail for the past three days. “You know, I’m doing the best I can with my traps and such,” Gator Bob said, unloading several pool noodles and two live chickens from the back of his truck, “But there’s only so much I can do until someone bleeding freely from a cut or an orifice decides to step up and go for a swim with the gator.”

Crowds have been gathering since Tuesday, when the gator was first spotted by the boathouse, likely abandoned in the lagoon by his former owner. “Bless ‘em, they get so big so fast,” Gator Bob chuckled. “Some people just can’t handle that much gator in their lives. The more the merrier, I say.” The gator, five feet in length, has spent his tenure in the lagoon mostly underwater, though Gator Bob says the calm is short-lived.

“That boy? Yeah, he wants meat,” Gator Bob told reporters. “And I’m not talking cold cuts or rotisserie chickens. I’m talking living, breathing game, bigger than those nasty little fishes he’s been inhaling. Something alive, with a moving bloodstream and a heart that loves.” The alligator, in possession of the dead eyes and peach pit-sized brain of a killer, has largely ignored any bait laid out by onlookers, shunning the crowds flocking to the shorelines in hopes of a glimpse.

Locals have turned out in droves to see the reptile, though few sprung to pick up the gauntlet Gator Bob had thrown down to the masses. “Open wounds? Yeah, I got tons of them,” said area vet tech Karen Petrucchi, 25. “A fish bit my elbow up real bad yesterday when I was trying to test it for glaucoma. So I totally would—it’s just that I can’t swim! My mom was going to teach me, but a crocodile ate her while she was down in the sewers on my third birthday. Funny the way these things come full circle.”

“You don’t think I’d lop my damn arm off if it meant getting him home safe?” Gator Bob said, gesticulating with a machete grabbed from a thigh holster hidden up his khaki shorts. “I would in a heartbeat. But that’s the irony of it. I’m the only one who’d do that for him, but I need both arms to hug him until he’s relaxed enough to fall asleep. It’s heartbreaking, really.” Until a hero emerges, there’s nothing to be done but wait.