Blue Line Rider, Driver on I90 Lock Eyes, Wish for Each Other’s Lives 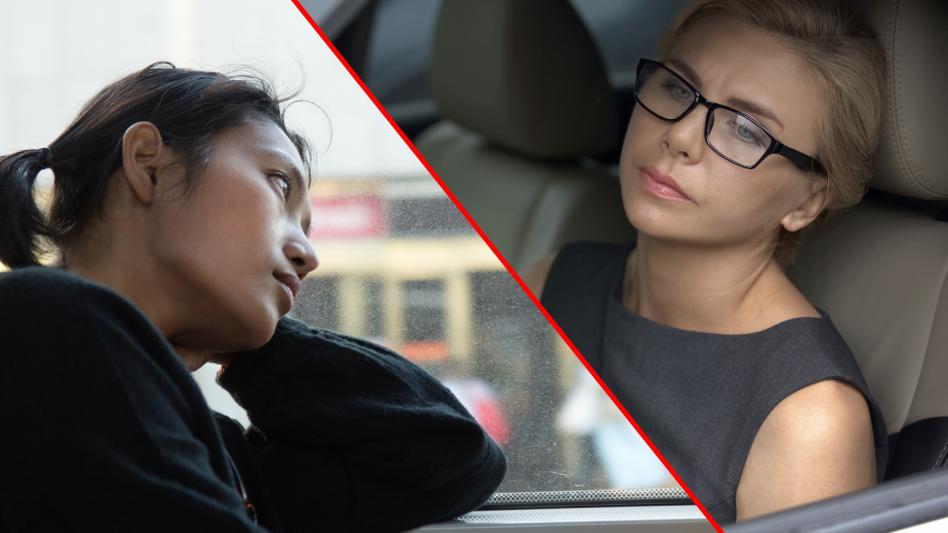 IRVING PARK — Traveling south aboard a Blue Line train, Caroline Gollins, 34, a retail worker, found herself locking eyes with Barbara Tien, 36, a teacher in Hermosa, as she drove her 2019 Kia Soul on I90. Making eye contact while their respective modes of transportation traveled briefly at the same speed, both women found themselves wishing for each other’s lives.

“I see people driving their cars all the time when I’m on the train,” said Gollins, “but me and that woman in the Kia Soul really connected for a moment. We locked eyes and I saw her hands grip the wheel a little tighter and I thought, ever so briefly, ‘Oh, to be so free as to have my own motor-carriage.’”

“Oh, to think,” she continued, her eyes focused on a distant, imaginary future over this Chicago Genius reporter’s shoulder, “I could go wherever I want, whenever I want. Captain of my own vessel, Master & Commander of my own car side of the world!”

Gollins, who works at a Target near her Blue Line stop, takes the train nearly daily and hasn’t driven a car since borrowing a roommate’s in 2018 to steal a sofa from the Schaumburg IKEA. Her sudden longing for the urban car-owning lifestyle was mirrored by Tien, who confirmed she’d also been transfixed by the moment of eye contact.

“This Kia Soul is my prison! A prison I pay car payments and insurance for!”

“If I had that Kia Soul, I’d wipe down its black SynTex and cloth interior with a fine chamois cloth,” waxed Gollins poetically, her fingers tracing an imaginary dashboard, “I’d get a city parking sticker and place it just so in the window, and go to a friendly Polish mechanic with overalls and grease on her—yes, HER—hands!”

“If I could ride the train everyday I’d finally be that cosmopolitan woman I dreamed of being in college,” said Tien, “it would be all museums and galleries and I’d never have to drive, so I’d never need to be sober!”