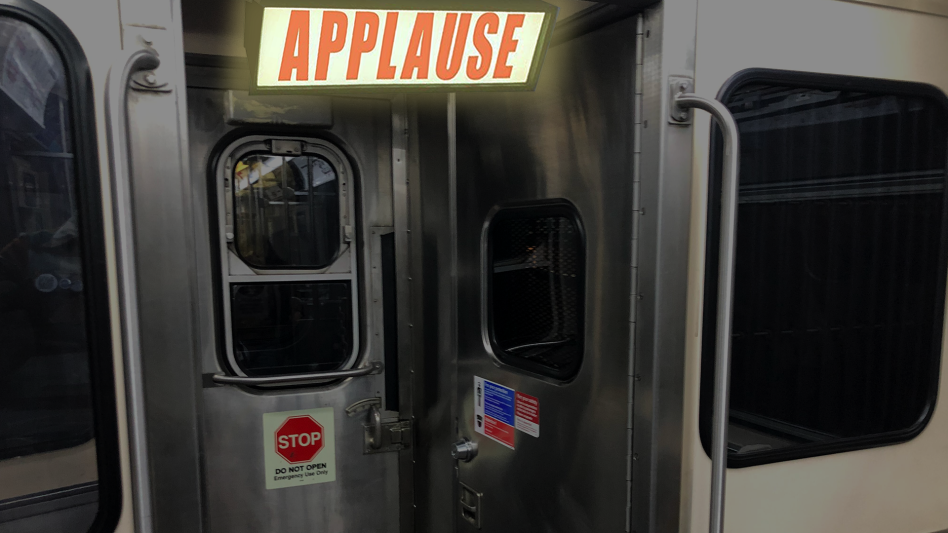 CHICAGO — As the CTA struggles to return to pre-pandemic service levels, improvements are being considered to entice riders back to Chicago’s buses and trains. One new improvement coming to CTA trains in 2023 will be a device that plays a jaunty, welcoming jingle when the doors between the train cars are opened.

“If you’re familiar with riding on the CTA you know that when someone comes through the doors between the trains, it puts people on edge,” said Cassandra Carter, 39, an Engineer with CTA’s Passenger Experience R&D, “best case scenario it’s someone running from something in their car, worst case scenario it’s a group of teenagers. We’ve determined that if a fun jingle played when the door opened, it might make everyone involved feel more welcome.”

“Yeah I was on the Blue Line going home late and this guy who looked really drunk came through the door really aggressively. He was covered in vomit and started yelling at people immediately, but then this cute little song played,” said Melinda Wiengarten, 47, a pharmacist. “Normally that would be terrifying, but the jingle seemed to calm everyone down. The guy even started smiling and did a little dance and someone clapped.”

According to Carter the song will play only in the affected car, but at a volume guaranteed to overwhelm earphones, air pods, or attempts to cover your ears with your hands. The song was written by Neil Barnes, 53, a custodial services worker with the CTA for 27 years.

“We originally wanted to just play the theme from Cheers,” said Carter, “but it turns out the rights to play it thousands of times a day would only be possible if we had the CPD’s budget. So instead we had a contest to write the song and Mr. Barnes won. And we’re very disappointed with how many of the entries were ‘diss tracks.’”

“It came to me in a dream” said Barnes, a first time songwriter, “it was just like one of those moments in a music biopic where the musician suddenly wakes up and writes their hit song, only I woke up screaming. Not sure why.”

The CTA hopes the door jingle device will be the first in a long line of cosmetic improvements to CTA vehicles and stations. According to Carter, other ideas that have been suggested are big googly eyes on the fronts of buses and trains, changing the Red Line from an intimidating red to a more relaxing mauve, and piping an experimental gas into the trains that chills everyone out and smells like warm spices.

“We’re very optimistic about the last one, if we can get people on the gas to stop trying to eat each other,” said Carter. “The important thing is that this new door jingle device will make movement between into less of a ‘uh-oh, here comes bad news’ situation. People might even do it for fun now! Just pop over to the next car to say ‘Hi!’”

Carter told The Chicago Genius Herald that the next thing they were going to work on is fixing the train and bus tracking systems, but “not to get our hopes up, it probably can’t be done.”