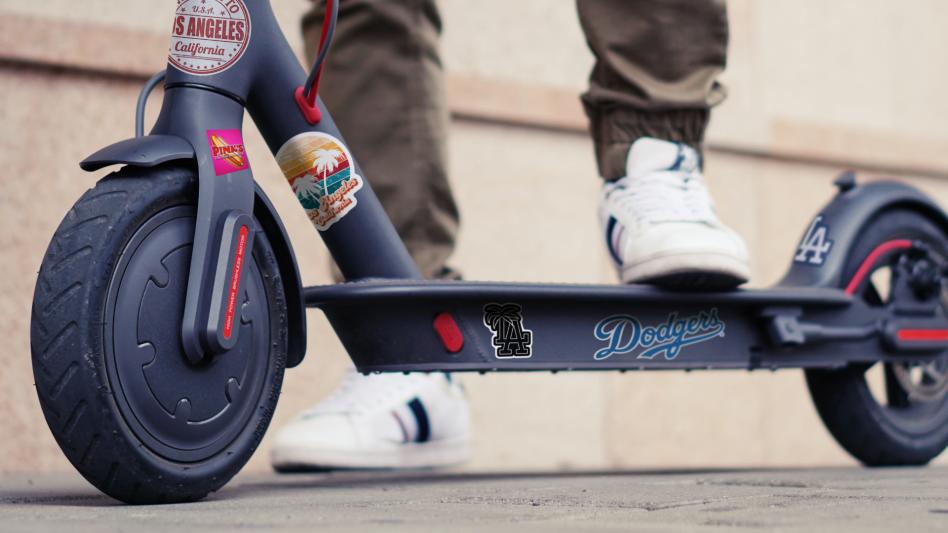 WRIGLEYVILLE — In a shocking development for Chicago’s social scene last week, the city’s electric scooters marked their permanent return to our streets after a very prominent departure to other cities in 2021. It has since come to light that most of the scooters spent the intervening years in Los Angeles, developed a sour attitude, and are now really loud about it.

The scooters, which had lived in Chicago for two short stints beginning in 2020, generally still defend their choice to move to a less convenient, less beautiful, and generally worse city.

“Chicago just didn’t have the opportunities I was seeking,” said scooter D-41455 to a Genius Herald reporter Monday. “After I got big on Twitter, Chicago just seemed like a really small pond,” 41455 continued, “and in LA, I got to be on a real national TV show — not like those Chicago Firetrucks schlubs,” 41455 added. “Yeah, I’ll say it. It was ‘This is Us."

While the scooters appeared to indeed have mild success breaking into the entertainment and tech industries in their coastal paradise, that apparently doesn’t stop them from complaining about their experience to anyone in Chicago within earshot. “It just didn’t have the same heart, and everything was SO expensive there! My own rate had to double,” said another Lime scooter, L-22379.

When asked whether they had done any research before moving to predict this lifestyle change, 22379 hurriedly emitted a low battery indication noise. “Oh, uh, sorry, I have to go. I’m still intermittent fasting,” the scooter said before powering down completely.

As the scooters reintegrate awkwardly into the Chicago social scene, many residents are nevertheless cheering their return.

“I knew they’d come back,” claimed Darren Brockley, 31, who signed up to ride D-41455 as our interview was concluding. “I missed these guys so much! I wish there was a less expensive alternative to getting around Chicago quickly,” Brockley mused, “but it’s worth it to have them back, even if it means listening to a tirade about the smog that I warned them about five years ago.”

Even as the scooters have already settled back into their Chicago summertime routine, anonymous reports indicate that some are beginning to consider a move to Brooklyn.