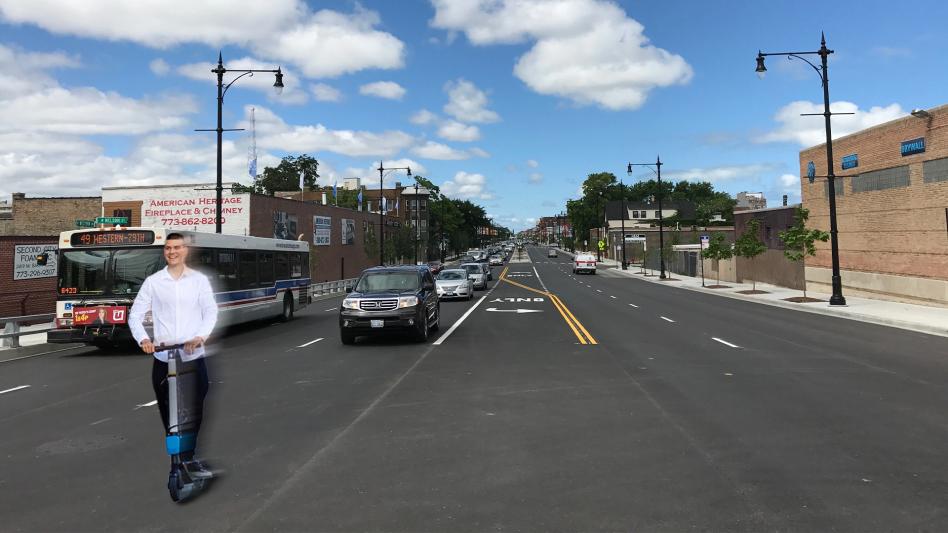 WESTERN AVE — Drivers and bus passengers traveling down Chicago’s infamously congested, permanently-under-construction thoroughfare, Western Ave, might have seen a brave man riding an electric Lime scooter on the busy street. Witnesses agreed that the man, who was wearing business casual attire, a backpack, and no helmet, was either going to be fine on his way to wherever he was heading, or instantly dead if anything went wrong.

“Oh yeah, I saw that guy on the scooter,” said Will Gowkowski, 46, a delivery driver for Turano Baking Company. “He was in a real hurry, I couldn’t believe he was riding one of those things on the street. But he’ll probably be ok, unless he were to hit even the smallest of potholes. Then that guy is fucked.”

Drivers passing the relatively-slow-but-would-still-totally-rock-your-shit-if-you-beefed-it electronic vehicle noted the determination of the scooter rider, who wasn’t wearing a helmet during his trip down the four lane street, which infrequently has bike lanes and level pavement.

“I don’t let my kid ride his push scooter on the sidewalk without a helmet,” said Carol Grenada, 38, a stay at home mother, “but he was clearly an adult who can make his own decisions about how to get around the city. He probably made it just fine to where he’s going. Unless he wrecked, then his head probably hit the street and exploded like a dropped pumpkin.”

While most witnesses were shocked at the audacity of the scooter-rider, many expressed an admiration of his maneuvers. Several described the sight as fraught-but-entrancing as watching a tightrope walker or Will Smith flying a jet through a canyon in Independence Day.

“Not a lot of margin for error in riding a scooter down Western,” said Carl Hong, 52, a bus driver for the CTA’s 49 bus route. “I look out my right and see this guy basically hovering eye-level next to my bus. It was fine, but if I’d sneezed or lost focus for a second, that guy would have been vaporized. Honestly, he got lucky. I’ve been going through some personal stuff and I’m really distracted. Plus I got terrible allergies.”

“Our scooters are designed for urban travel, no matter where you’re trying to get,” said Rick Smort, 37, a PR rep for Lime. “Whether you’re heading to the park to meet with friends or avoiding traffic and public transit delays, our scooters are a reliable option.”

“But would I personally take one down Western? Fuck no. Do I look fucking crazy?”

The Chicago Genius Herald was finally able track down this daring scooter-rider despite rumors his long journey down Western ended when he was turned into a fine red mist by a semi coming off the Stevenson Expressway. The rider, Daniel Wegmin, 23, told us he’d made the perilous journey to make it to a job interview on time.

When asked if he’d feared for his life during the trip he told us “I guess I hadn’t really thought about it. Oh, shit! I could have died, like instantly!” 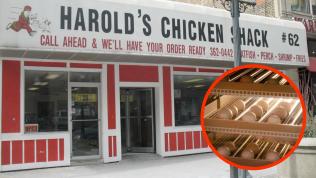