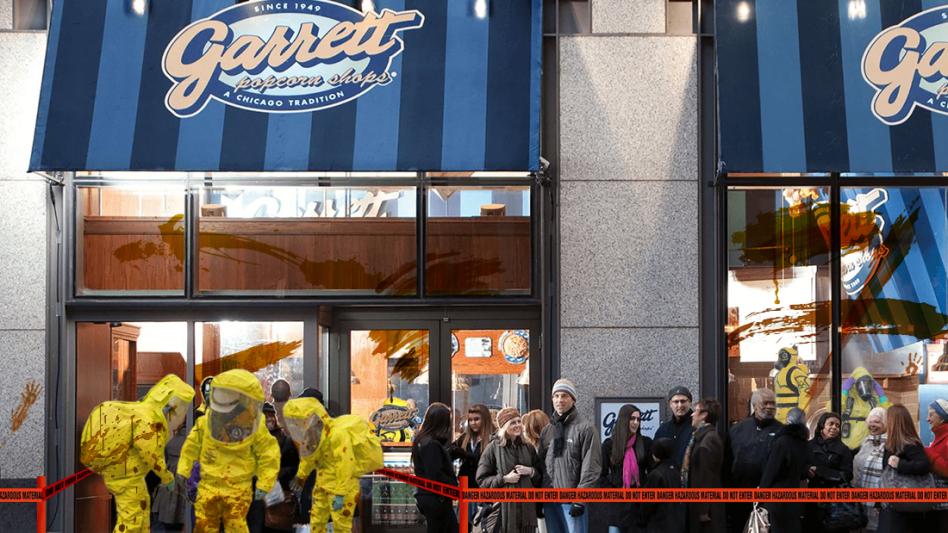 STREETERVILLE —Following the mandatory closure last week of the popular and oppressively fragrant Garrett’s Popcorn location at 625 N. Michigan Avenue, the Environmental Protection Agency announced Wednesday that it had added the cloyingly odorous tourist trap to the National Priorities List and allocated funds from the EPA Superfund to aid in cleanup, citing “the freaking smell off that place” as the primary reason for the designation.

The snack retailer’s notorious Michigan Avenue location, which had been open since 2012, quickly became a tourist favorite despite complaints from workers nearby of a “noxious” smell and a rapidly spreading wave of oily popcorn bags. Upon conducting interviews with visitors, the EPA discovered several more troubling public health hazards including severe dehydration, particulates that “get really lodged in your teeth and throat” and evidence that the company’s CheeseCornTM powder “never leaves your hands.”

Following a Chicago Genius Herald investigative report, the EPA dispatched a team of pollution experts to the site, who found “significant environmental hazards that may require remedial efforts into the next decade, but mostly the place smells to high heaven.” After the team was decontaminated and treated for near-asphyxiation, the EPA issued a press release detailing the agency’s course of action, including briefings with Garrett Brands’ “Vice President and Lead Chef of Global Innovation” David Funaro to determine when the Garrett’s recipes became so bad to smell and to taste.

When reached for comment, Garrett’s Popcorn and Mr. Funaro did not respond. At press time EPA officials were seen exiting the site in HAZMAT suits covered in CaramelCrisp™ drizzle and were overheard saying “at least now we don’t have to wait in line for this garbage.”