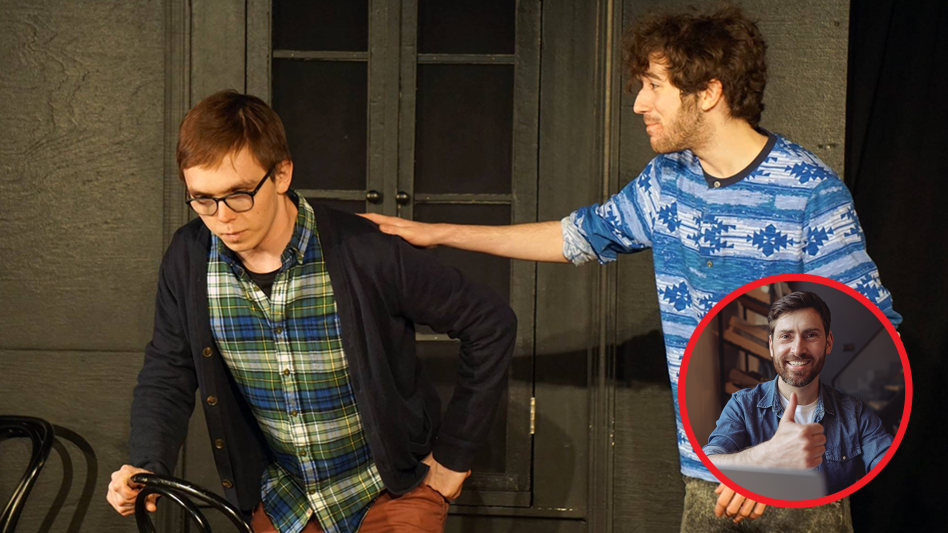 LAKEVIEW– Being friends with improvisers is an unavoidable condition that plagues almost every Chicagoan. Some quickly burn out, trying to be supportive of their pals by shilling out $10-20 every weekend, but it’s just not sustainable. Some city-dwellers are desperate for any other option, and we found a guy who believes he’s found the solution.

“It’s a fine balance,” Sam Blackstone, 32, explained. “There’s a delicate coordination to still seem proud of your friends for following their dreams, and never having to give suggestions from uncomfortable chairs in dusty performance spaces. Blackstone says that the trick is not to fully ignore invites for pop-up alt comedy shows at 10pm on weeknights. It’s key to always seem interested, but unfortunately you have a prior obligation.

“My most common phrase I say to my friends is ‘I’m so sorry I missed it! Next time I’ll catch one.’ Then ask about the show because if there’s one thing improvisers like to do, it’s complain about that one teammate that always wants to play a dinosaur in a scene.”

Blackstone hopes these tips and tricks help save others from never-ending improv limbo. And if you’re that one teammate who always wants to be the dinosaur in the scene, make a new choice for the love of god.