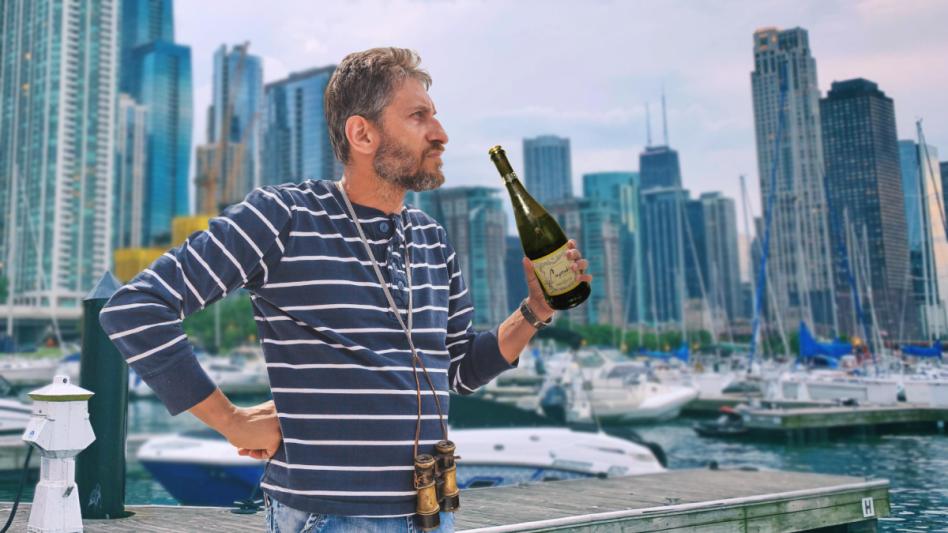 DUSABLE HARBOR — Drinking straight from a bottle of Cupcake Brut sparkling wine and swaying slightly, Mark Gregg, 33, a hedge fund manager, slapped his yacht, The High-Water Mark on the stern as the ship drifted unmanned out of DuSable Harbor. The luxury watercraft, a motor-powered “cabin cruiser” class, slowly headed down the channel toward Lake Michigan while Gregg sadly intoned, “If you love something, set it free.”

According to Gregg, the yacht, purchased before his divorce in 2019, but after he had his “big dickin’est” financial year in 2018, had become too much of a financial and emotional strain.

“Man, they don’t tell you how much it costs to like upkeep and store a boat in Chicago. I was getting, like, totally fucked by taxes, fees, and getting the keys remade when I dropped them overboard,” said Gregg.

“The worst part is, when you try to talk to people about this stuff they get all like ‘stop whining, you own a boat, I want to ride on it, I’m a little leach-ass.’”

As the boat continued to drift toward the rocky coastline near Chicago’s famed DuSable Harbor, Gregg started to cry as he passed this Chicago Genius Herald reporter the bottle of mid-priced, American-style brut wine.

“Fuck, I’m gonna miss that boat, dude. She was good, and pure, and I had sex on it,” Gregg said, sighing heavily. “When you have a boat, you don’t even remember what it’s like not to have a boat.”

Loose yachts released into Lake Michigan have become an increasing problem in recent years, as economic downturns and the pandemic have forced wealthy boat owners to abandon their incredibly cool boat lifestyles.

“These wild yachts present a real threat to commercial boating in Lake Michigan, and we discourage anyone burdened by yachts from releasing them into the lake,” said Deputy Director Paul Alverez of the Illinois International Port District. “Loose, these yachts can crash into shipping vessels, or worse, fall into the hands of someone who doesn’t understand the boating lifestyle. Poor people, you know?”

Despite these dire warnings, Gregg was far from the only yacht owner covertly releasing their boats from their moorings. While helping Gregg onto a bench, this reporter witnessed two Sea-Doo jet skis being released into the lake. I was unable to interview the owner, who was pelting the ski-doos with rocks while screaming, “Get outta here! I never loved you!” before running off into the night.