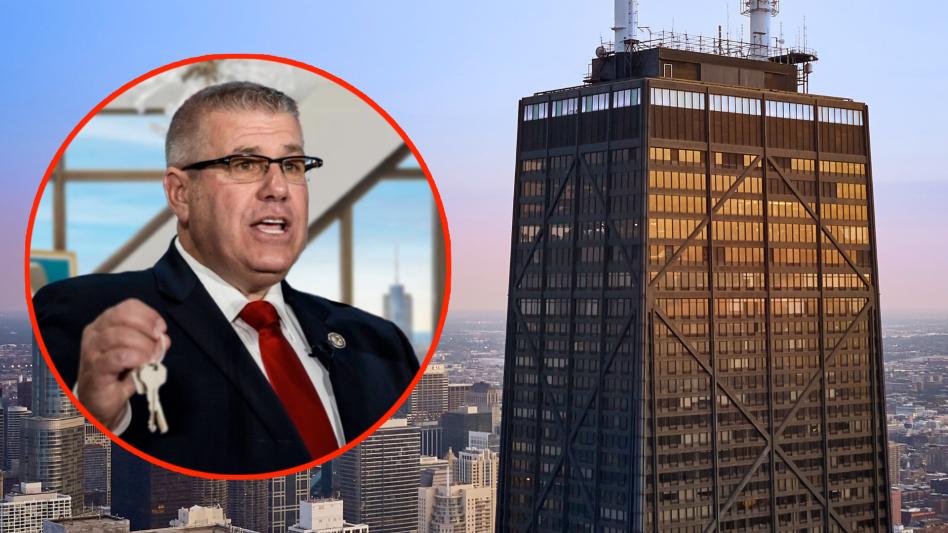 The Republican candidate signed a lease on the high rise apartment in September as part of an effort to “immerse” himself in Chicago. Sources close to Bailey say he had never really adjusted to living downtown.

“I told him to look for a place out in Lincoln Park but he was very insistent on ‘the real Chicago experience,’” said Winslow Louis, 54, an advisor to the Bailey campaign who plans on returning to “pre-used auto sales” following the campaign’s end, “but he basically spent his whole time in that apartment just looking out over the city and muttering ‘no no no no, oh no, they’re going to get me’ and refusing to go outside during ‘purge hours,’ by which he meant after 6pm.”

“Most nights we got pizza delivered from Lou Malnati’s. Once I got him to walk down Magnificent Mile with me after promising to hold his hand.”

Political experts and even complete laymen have theorized that Bailey’s calling Chicago a “hellhole” repeatedly and “Silly Town” at least once may have damaged his campaign and probably contributed to his brief stint living downtown.

“I mean, unless you’re a rich doctor who works at Northwestern there’s not a lot of reasons to live in Streeterville,” said Alice Greenplatt, 31, a crypto influencer who used to live in the area. “He should have rented a place in Oak Park or one of those neighborhoods in the South Side where everyone’s somehow white Republicans. He would have felt more at home there, yelling at White Sox’s games at the bar with a bunch of off-duty cops.”

In his post looking for a subletter, Bailey claims he’s leaving the city to “clear his head” and “get some fresh air.” He’s offered to leave the furnishings, including several framed posters of vintage tractors and a bed in the shape of a “cool race car.”

Neighbors of Bailey were not disappointed to see the former candidate was looking to move, with one anonymous neighbor noting that “moving away from Chicago right before winter kinda proves you can’t handle Chicago.”