Diamond-Encrusted PBR Sells at Auction for $3 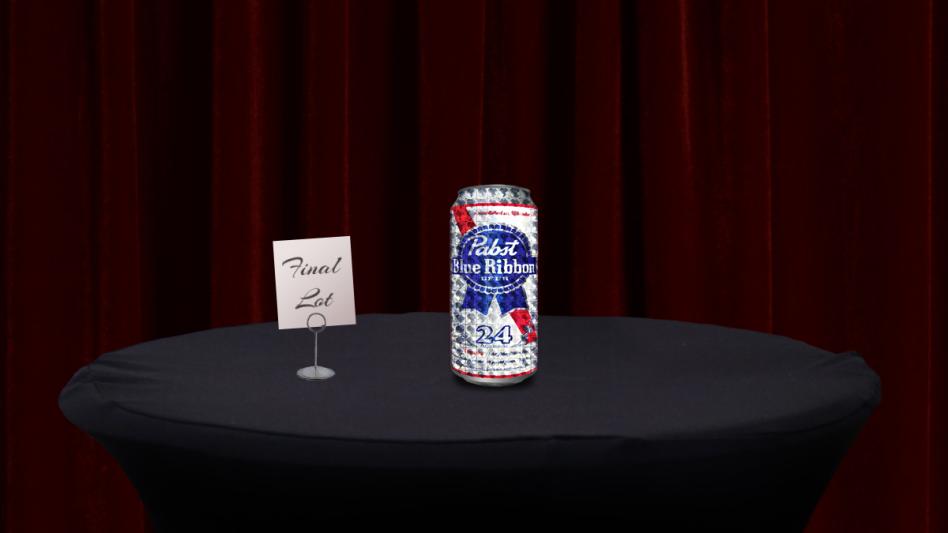 SOUTH LOOP — A rare Pabst Blue Ribbon encrusted with sapphires, diamonds, and rubies, sold for a record-shattering three dollars and 27 cents at Sotheby’s this past Sunday. “It’s far and away the most anyone’s ever paid for a PBR,” said beer appraiser Toan Butterman, 55. “At least, it’s more than I would have paid.”

The gemstone-laden PBR can was given to George III at a rager in 1762 and has remained in royal possession for nearly 300 years. Queen Elizabeth II was about to trash it when she realized that there was still about half a beer left in the can.

“Her Majesty was cleaning out the 300-year-old refrigerator when she found it lurking in the back,” said Pam Meeny, 39, a historian of the British monarchy. “And she wasn’t about to throw away a perfectly good beer.” After asking around to see if it was anyone’s, the Queen sent the can to be auctioned at Sotheby’s Chicago under the ancient “You Snooze, You Lose” royal edict, declared during Spring Break ‘72 at Buckingham Palace (“you just had to be there, your majesty”).

The last record holder for most expensive beer, a half-finished Schlitz belonging to Abraham Lincoln purchased at Ford’s Theatre, sold for $2.14 at a silent charity auction in 2012. “No one thought that price would be topped, ever,” said Butterman before quickly adding, “I think they overpaid on that one, as well.”

Experts say that the $3.27 final sale price is due more to the gems than the beer itself, though it is hard to be sure where the real value comes from. Others are surer, however. “If the precious stones had been sold by themselves, they would have netted tens of millions of dollars,” says Meeny. “The PBR really dragged it down.”

Now sold, the ancient PBR will be securely transported via a friend’s 2002 Toyota Corolla in the cup holder to the buyer who wishes to remain anonymous. The precious heirloom will no doubt be given a prime spot on the refrigerator shelf usually reserved for IPAs. Though the diamond-encrusted PBR will be hard to top, it is still less expensive than the $4 PBRs we willingly bought at bars before the pandemic.