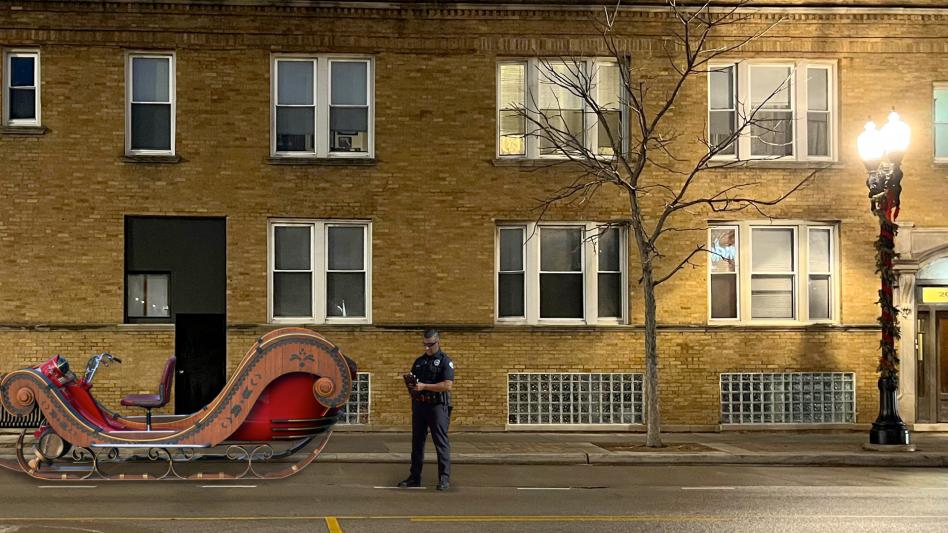 LAWRENCE AVE — Friday evening Santa’s sleigh was seen parked in a Winter Overnight Parking Ban Area while running into an alley to pee.

He swiftly received a ticket from a CPD officer who had been sleeping in his car across the street.

“I was awoken by the sound of sleigh bells and reindeer hooves.” said officer Dan Kaminski, 36. “I look over and see a sleigh with no plates just idling in an overnight parking ban spot so I wrote him a ticket.”

“For fuck’s sake that’s the fifth one tonight” said Santa jollily, returning to his sleigh. “Where am I supposed to park a sleigh and an entire team of reindeer, on a side street? And the CPD wonders why they get coal every year.”

Santa was reportedly able to fly away just as a Lincoln Towing vehicle pulled up.