Spring Snow Reminder That Nothing Matters, Also Money Is Fake, Heaven and Hell Here on Earth 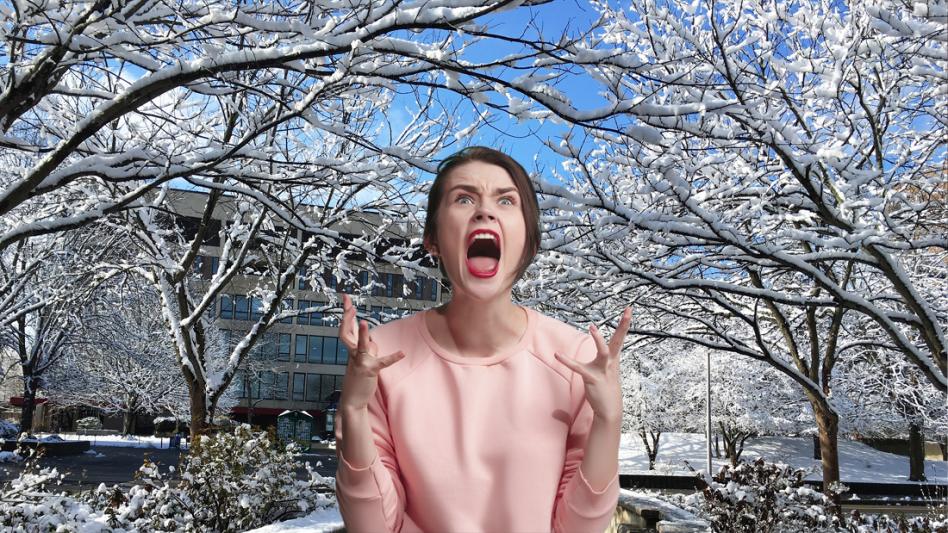 Upon hearing of the latest Spring snow storm, set to hit the Chicagoland area tomorrow, citizens of this frozen hellhole that’s never going to thaw reported feelings of “utter despair” and “craving death.” The snowy weather, returning just days before May begins, has sent the populace spiraling into a sense that nothing really matters, money is fake, God is a lie, love never lasts, we are born to die and no one will remember our pathetic existences, and Heaven and Hell are here on Earth.

“When I wake up and look outside and see it’s snowing in late April, I feel like God is playing a sick joke on me,” said Gwen Esteves, 26, “but then I’m reminded that God was a lie invented to keep us from panicking about our own mortality. Personally, I no longer fear death. If it snows one more time I’m going to go outside and let it claim me.”

Dr. Evan Minton, a professor of meteorology at Dupaul, says “It’s not uncommon for snow to fall into Spring in this part of the midwest. It’s an annual reminder that this world is a prison, we’ve all got life sentences, and it’s likely every day will be worse than the last.” Dr. Minton concluded the interview with his head on his desk. “It was in the 60’s just days ago, right? Is this Hell? Is there any rhyme or reason to weather? Does it just exist to punish us? All my degrees...and I understand nothing.”

The snow storm, set to bring flurries that are unlikely to stick, has still caused Chicagoans to act quickly and emotionally: throwing out swimsuits, burning religious texts and piles of cash for warmth, and shaking fists at the sky while gnashing their teeth.

“Personally, I like snow.” said Will Flagg, 32. “It’s kinda cool to have a random snow storm in the middle of Spring. It’s part of the character of the region, you know? Hey! What are you doing?!” Flagg then died of being strangled by a local reporter. May his sacrifice end the snow and bring the sun.