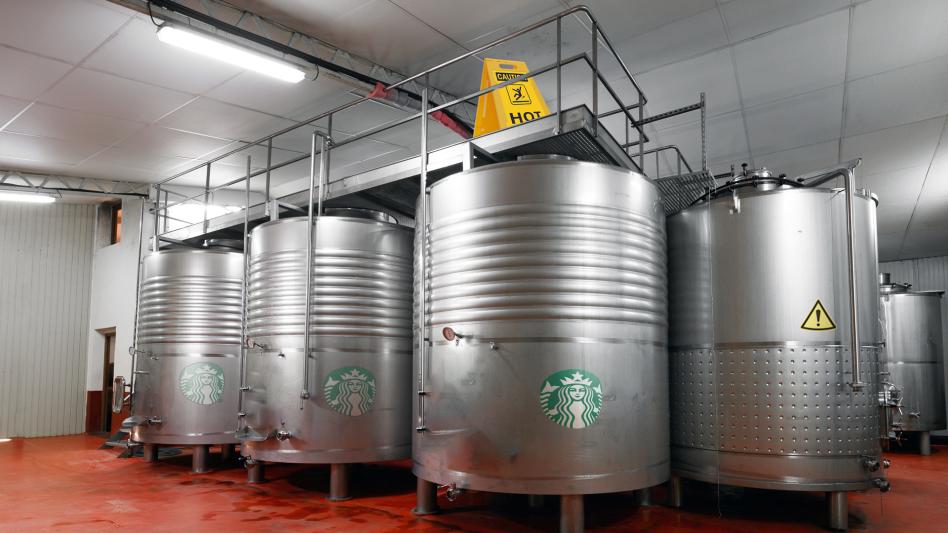 DOWNTOWN CHICAGO—This past weekend, the Starbucks Reserve Roastery opened its doors to the baristas of Buffalo, New York, to celebrate their historic union victory with a personal tour of giant vats of coffee hot enough to melt human flesh, hypothetically. The Chicago Roastery specifically welcomed the 15 employees who recently voted in favor of the coffee chain’s first unionized U.S. store, the company’s offer in line with the unwavering solidarity corporations have always shown workers in decades past.

Members of the Buffalo store received their invitations in the form of mysterious golden tickets, in addition to 100-page waivers agreeing that the Starbucks corporation holds no liability for any accidents, injuries, or deaths that may occur at the roastery.

“A visit here is a once-in-a-lifetime opportunity,” said the charismatic Bean Wilder, 58, founder of the Chicago roastery. “The coffee is so rich and roasted to perfection. You could say it’s to die for.”

Once inside, multiple workers pointed out what appeared to be human skulls bobbing at the surface of the industrial-sized vats of joe, but Wilder assured the special guests that they were merely “coffee bones.”

Roastery employees encouraged the Buffalo baristas to explore other attractions within the five-story Starbucks location, including the world’s largest panini press with no safety features, or the subterranean abandoned pumpkin spice mines.

“I’m really excited to see the lead-plated freezer where they keep iced coffee and nuclear byproduct,” said union member Monica Frampt, 19. “I heard they don’t even have a handle on the inside!”

“I’m lookin forward to teaching these kids about life or whatevers,” said Imperioli, 37. “You gotta grind a few beans to make an omelet, you know. The leaky latte gets the grease. A scone in the hand is worth two in the sheets, as they say.”

As roastery staff herded union workers above the vats onto a platform made entirely of wet paper straws, Wilder proposed a toast to “the first and last Starbucks union of America.” Chicago Genius reporters were then horrified to witness [REDACTED BY CHICAGO GENIUS SPONSORS] but still enjoyed post-tour cranberry bliss bars and samples of Starbucks’ new iced sugar cookie almond milk latte.