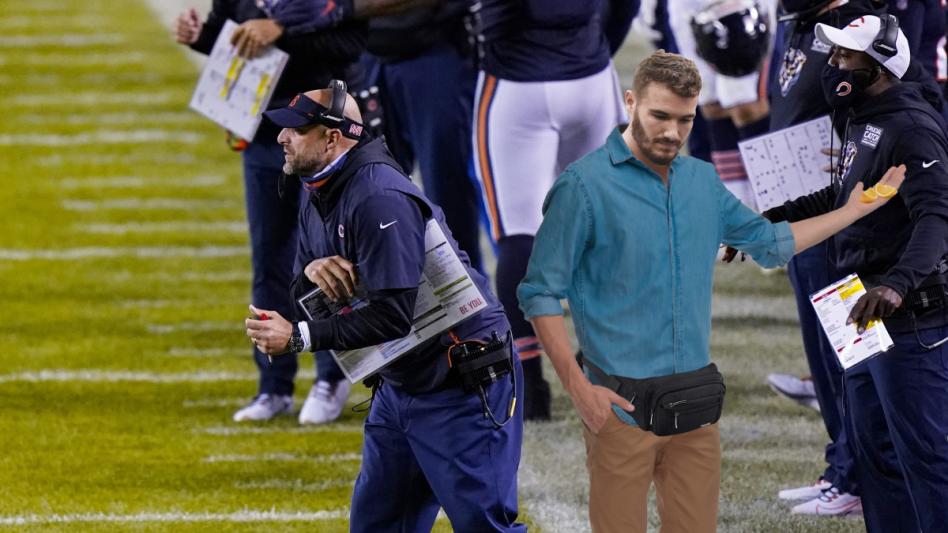 SOLDIER FIELD — Following a dismal performance against the Atlanta Falcons in week three of the NFL regular season, Chicago Bears quarterback Mitch Trubisky got benched mid-game only to watch his backup quarterback claw out a win.  Trubisky’s football will recover, but his ego may never be the same. To combat this, Bears management has decided to put Trubisky in charge of bringing snacks to the rest of the season games so he doesn’t feel too bad about getting benched.

The remedy? A controversial new therapy practice called task completion recovery. The goal is to give the patient an easy task to complete to boost self-esteem. Bears on-call therapist, Gloria Balague, decided that Mitch might feel like more of an asset to the team if he brought the players orange slices and Gatorade when they step off the field. Balague feels that Trubisky will feel more comfortable doing something more his speed. Balague is optimistic, saying that results are slowly surfacing, and Mitch says he feels like he can start playing again soon.

The therapy is not bulletproof unfortunately, and Mitch has relapsed when he fails to see hungry and thirsty receivers who are wide open on the bench. Balague encourages Mitch to keep his eyes open and consider his snack options, but the quarterback lacks awareness for who needs a snack and can’t consistently feed the open man. Balague went on to comment, “Sometimes he’ll try to give an orange slice to a player who has three or four other players around him.  He just doesn’t see yet that they don’t want the snack.”

“What I did to Mitch is what we in the coaching community call a mercy kill”, said Bears head coach Matt Nagy who agreed to sit down with the Chicago Genius for an exclusive interview. “I pride myself on being able to distinguish a man from a boy on the football field. And Mitch was playing like he was a teeny little clown boy out there with those tiny chicken arms flailing around. I was really only keeping him in games when I didn’t think we had a chance.  Plus, his parents keep showing up and breathing down my neck, asking when Mitch is getting some playtime.  He sucks! And you better believe I screamed all that to his face.  Absolutely!  His issue is that he lacks confidence.  I don’t know where that negative voice is coming from, but we’re hoping that his treatment will help him feel better fast.  ”

When asked how the team is transitioning with Trubisky’s therapy, Balague reported that they are split down the middle. Wide receiver Darnell Mooney wrapped everything up by saying, “I want Mitch to get better, obviously.  But I’m conflicted because he makes such a good cappuccino. It’s better than his football.”