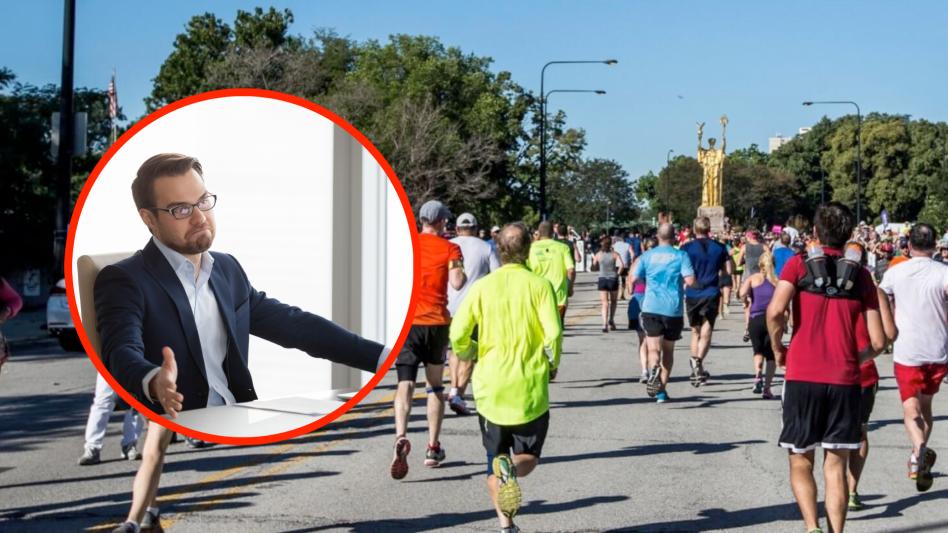 SOUTH LOOP — Runners in this past weekend’s Chicago Half Marathon were disappointed when it was revealed after the race that the course was half a mile shorter than the 13.1 miles promised. Organizers of the annual race have apologized to the participants, offering refunds despite being surprised people were angry about having to run less.

“We didn’t think anyone would complain about running less,” said Marc Horowitz, 37, an organizer for Life Time Fitness, who helped organize the event in conjunction with the city of Chicago. “Let’s face it, running sucks ass. It hurts and you get really sweaty. Honestly shocked people are mad. I thought people would find out they had to run less to finish the race and say, ‘Hey, thanks Marc.’”

Frustrated runners from last weekend’s event say they felt cheated that the South Shore route was shorter than promised and that they weren’t told until the end of the race.

“We thought it would be a fun little surprise if we told them after the race that they didn’t have to run anymore, they could have their medal or whatever, and it would be our little secret. These fucking chafed-nippled try-hards! Just do drugs, Christ!”

Life Time and Chicago Half Marathon staff have assured runners that next year’s race will be the full half marathon distance, and preemptively scrapped next year’s “Couch to Couch” event where runners can pay to sleep on a couch in the back of a bus while they’re driven to the finish line.