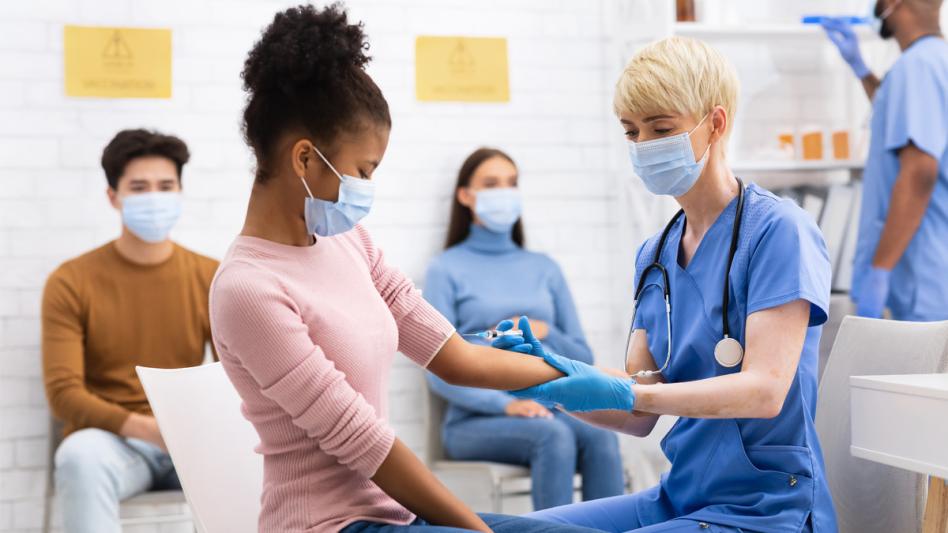 ILLINOIS MEDICAL DISTRICT — As distribution of COVID vaccines continues, it’s more important than ever to make sure that we are taking care of the most vulnerable members of society first. Among the first to receive vaccines are essentially workers, the chronically ill, and, most importantly, the elderly. While senior citizens are supposed to be taken care of before the youth, one confused nurse has been exclusively giving COVID vaccines to high school seniors.

Nurse Leah Saffron, 44, has been working at Rush University Medical Center for almost 15 years. When the hospital received their first batch of COVID vaccines back in December, she was excited and ready to get to work.

“I remember in our pre-shift meeting we were told to prioritize seniors,” recalled Saffron. “I thought it was strange, but I’m not one to argue with authority. So I took my phials out of the freezer and scoured the hospital for 18-year-olds.”

After mistakenly vaccinating all of the 18-year-olds within the hospital campus, Saffron eventually ran out of patients. It was then that she packed a bunch of vaccines in her car and decided to drive to local high schools that have students participating in in-person learning.

“At first, I would ask the students what grade they were in to make sure that I found the twelfth-graders,” explained Saffron. “Eventually, it became easy to determine which ones were seniors just by their appearance, so I just quit asking altogether and started stabbing any students that were tall and had a smug look on their face.”

Saffron made sure to avoid giving the vaccine to any freshmen, sophomores, or juniors, save for the one time she accidentally injected an exceptionally tall sophomore who already had his driver’s license. Upon confirming his age and realizing her mistake, Saffron immediately reinserted the needle and removed the vaccine from the teenager’s body.

“The underclassmen might complain,,” remarked Saffron, “but the seniors have worked hard for four long years, so they get priority. When the rest of the kids become seniors in the coming years, they’ll get the vaccine, too. But if you’re younger than 18, or older than 18, I’m not giving you a single drop of vaccine.”

Despite being told that she has misinterpreted the initial instructions, Saffron has continued to only vaccinate students in their final semester of high school. In the coming months, she has plans to attend college fairs, proms, and graduation ceremonies to get as many twelfth-graders vaccinated as possible. If you’re about to finish up your high school career, you might be receiving an unexpected shot from Leah very soon!