Converted Apartments in Old Church Haunted By Ghost of Jesus 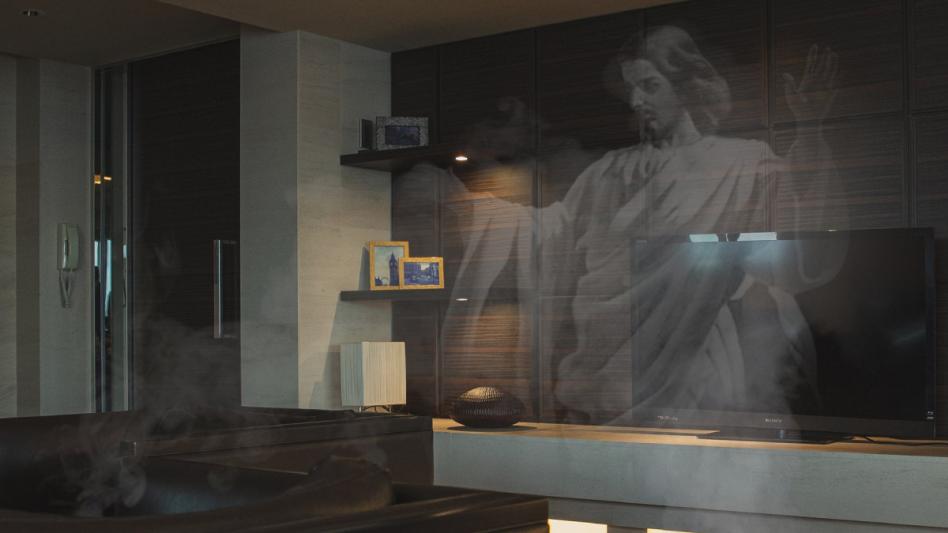 LINCOLN PARK — While it has long been a trend in Chicago architecture to convert unused churches into luxury condos, there appears to finally be a downside in doing so. Recently, residents of the converted Second Church of Christ Scientist in Lincoln Park have begun to report sightings of a long haired specter dressed in white rags who keeps quoting Bible verses, which they claim is the ghost of Jesus Christ.

One resident at the newly converted church claims that the Ghost of Jesus keeps wandering around her kitchen. “He had long scraggly hair and a beard and he kept talking about bread,” reported Norma Aldridge, 56. “He keeps opening and closing my cabinets looking for ‘bread’. He seemed sort of like a hippie. He’s either the ghost of Jesus Christ or Shaggy from Scooby Doo, but either way he’s acting like a god damned freeloader and I want him out.”

Norma spoke to her priest about an exorcism, but the priest was reluctant to exorcise the ghost if the ghost is, in fact, Christ. When questioned about whether or not the ghost is actually Jesus, Norma reportedly sighed and admitted, “I thought I’d be able to identify my Lord and Savior, but he seems kind of weird. Maybe Jesus was actually a weird guy? He’s not that impressive for a Holy Ghost, you know?”

Other residents in the building do not sound very pleased to be visited by the Ghost of Christ either. “Yeah, I know it’s him and I’m pissed off, too,” said resident Hal Gregory, 48. “He keeps turning on and off my lights and it’s pissing me off. He doesn’t pay rent, but he acts like he owns the damned place. Either turn my water into wine or get the fuck out.” Hal added that the ghost mentioned dining with prostitutes which is the only reason Hal hasn’t consulted a psychic or the condo association about kicking him out because he “wants to see how that plays out.”

As of publication, residents have a scheduled meeting later this week to determine what Jesus’ unfinished business is and whether or not they can help.