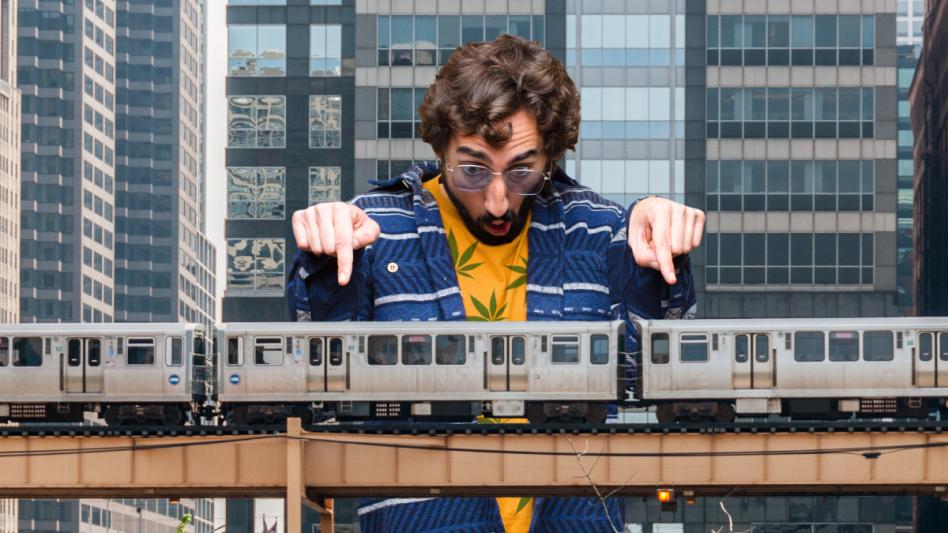 THE LOOP — With ridership down as a result of the ongoing pandemic and the sub-zero temperatures the Midwest has been experiencing for the better part of two weeks, some commuters have been letting loose and lighting up on the El, but the CTA warns that allowing passengers to smoke on the train could be a gateway drug that leads to riders chasing the ultimate high of trying to smoke the train itself.

“Rules exist for a reason,” explained CTA spokesperson Rebecca Posthlewaithe, 41. “We wouldn’t have a rule against smoking on the train if there wasn’t a good reason for it. Although certain elements of our city would have you believe there’s no real harm in burning one down on the train after a hard day, eventually this won’t cut it anymore and train riders will seek more and more illegal highs that ultimately culminate in attempting to smoke the train itself.”

“It’s a tale as old as time, everyone,” Posthlewaithe concluded.

Reporters from The Chicago Genius Herald asked Posthlewaithe what she meant by this, but she instead began listing off various ways ne’er-do-wells might utilize to smoke the train.

“You could roll it up into a big train joint, I guess,” she said, “probably too big to use in a bong, but maybe if you dismantled the train into smaller segments you could get some rips in...if you could get your hands on a giant’s soda bottle and a big lug nut that’s a train-ready gravity bong with the lake right there…”

When asked if this was really something that the average CTA rider needed to be worried about, Marvin Merwin, 56, the Head Honcho of Making Sure No One Smokes the Trains became apoplectic.

“You’re gosh-darn right it’s something you should be worried about!” he said, slamming his hands down on an ornate teak desk and rattling a small white board attached to the wall behind him which read it has been 005 days since someone illegally smoked one of our trains. “You think the average CTA customer wants to roll onto the brown line only to find they’re being inhaled by some kind of train smoker, all because the CTA was asleep at the switch? Hell no!”

“And this isn’t the 70s anymore, oh no,” he added. “These aren’t mom and pop trains that you can smoke and still be mostly fine at a Wings concert down at Soldier Field. These are highly addictive, laboratory-pollinated strains of train that will leave your head spinning for days until you’re ready to seek out your next illicit high. What would happen if we let behavior like this run rampant in our city?”

“It would be chaos, pure chaos I tell you!” Mervin bellowed as he slammed the door in our faces.