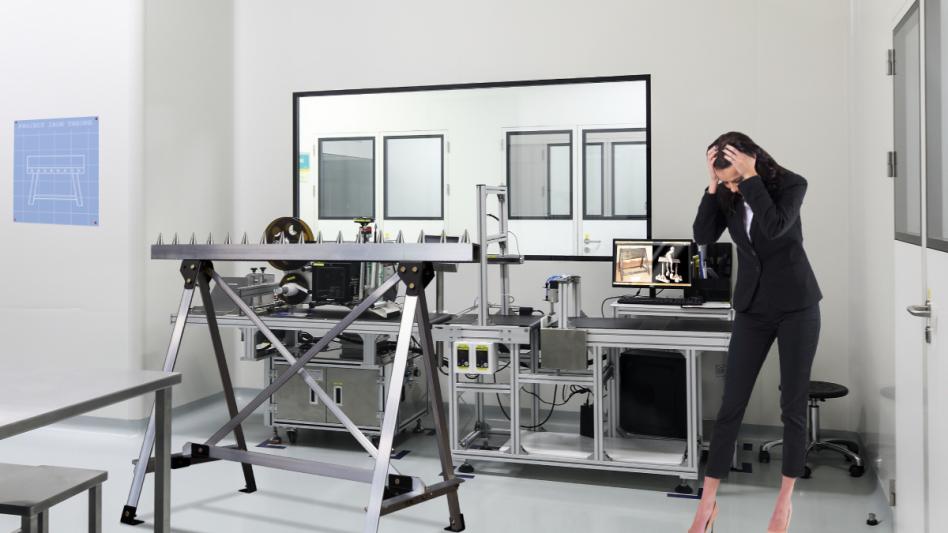 MOUNTAIN VIEW, CA — During the COVID-19 pandemic, many of us have been forced to reconsider our home office ergonomics — a decision with which tech startups have been only too eager to assist. However, Silicon Valley’s fervor has this week had a grisly consequence: a Deep in a Silicon Valley lab this week, designers for workplace furniture company Seatr made a horrifying discovery when the team compared its latest ergonomic chair design to a medieval manual for torturing witches, revealing that the design precisely mimics the “Spanish Donkey” or Chevalet of medieval torture chambers.

The chair, which according to the company had entered its second prototype this week, was undergoing QA tests when intern Danny Renschler, 28, spontaneously began confessing a long list of heresies to his colleagues after briefly leaning on the chair. Seatr’s chief design officer, Phoebe Serrada, 35, was present for the incident, during which she “did a pretty quick Google” of Renschler’s confession, found it to match contemporary accounts of 13th-century witch trials, and forcibly removed Renschler from the chair. Renschler is in stable condition at a local hospital after losing a surprising amount of blood to the chair.

In a message to investors and press, Seatr CEO Galileo Kurtz, 44, cited this discovery as the primary reason for a lengthy delay in the production timeline for the new chair, which it had codenamed “Project Iron Throne” in reference to the popular series Game of Thrones. “We now recognize the unfortunate irony in the project name,” wrote Kurtz, “but we had no idea that our attempt to make a holistic workplace seating solution would result in excruciating pain and a primal fear response from the user.”

In a Zoom interview with The Genius Herald, Serrada admitted that she doesn’t know where Seatr went wrong. “We were so focused on understated wood and iron accents to complement minimal home office aesthetics that we had no idea we were recreating one of the most brutal implements ever devised to inflict pain,” Serrada says. “Even the resistance bands we added to promote muscle growth and focus...how could we have been so blind? We’re really going to have to start from the drawing board.” Serrade placed a wooden rod between her teeth and grimaced at the camera before ending the call.

Although design oversight might be to blame for “Project Iron Throne,” changing views on the relationship between the body and productivity in the workplace may have laid the groundwork for this development. Dr. Percival Blacester, 87, a torture historian at Oxford, explained in an email to The Genius Herald that “the techniques used to make a person uncomfortable enough to confess a pact with Satan or a cursed turnip crop in the Middle Ages are surprisingly similar to the science of ergonomics in the workplace,” citing the shared goal of both disciplines to “make it as unpleasant as possible to be a normal person” in their respecive environment.

“Standing desks, leaning stools, floor mats with knobbly bits — all of these have precedent in medieval torture,” Blacester elaborated. “The Spanish Inquisition has only recently come back into vogue, but say what you will — they were bloody productive. I suppose the Chevalet was sadly inevitable.”

In its message, Seatr officially recalled early beta models of “The Iron Throne Project” sent out to Kickstarter backers and investors, citing obvious health risks. Despite this massive setback, the company promises to have another model ready for production by fall. In the meantime, Seatr encourages any managers interested in increasing productivity and supplication to check out the company's existing wide catalog.