Lightfoot Changes Name to Leadfoot, Urges City to "Witness Her" 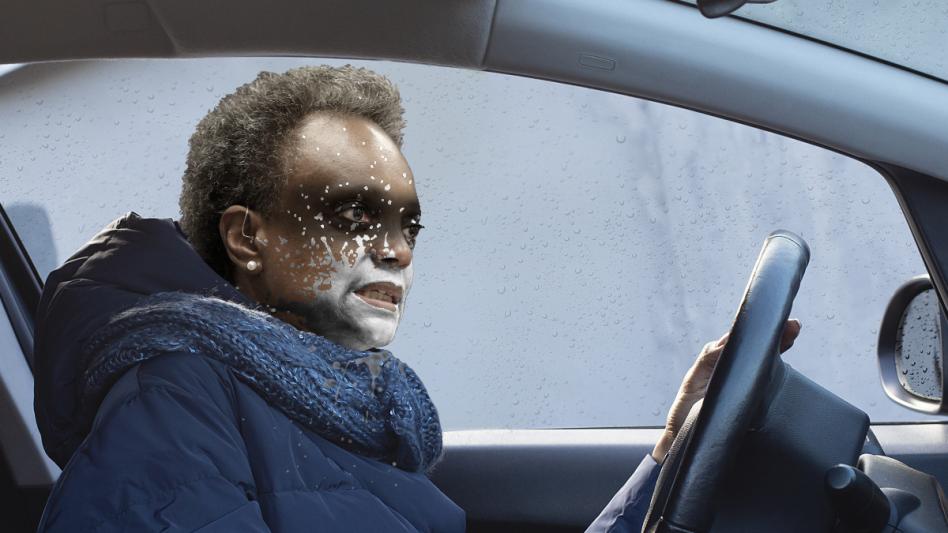 LOGAN SQUARE — Throwing a complex sequence of kill switches early Tuesday morning, Mayor Lightfoot, recently under fire for having the city of Chicago dismiss 10 red light and speed camera tickets for her personal detail, started up her armored rig.

“I live, I die, I live again!” yelled Lightfoot, spraying her mouth with chrome spray paint and then urging her security detail to “witness her” as she prepared to drive through town on the way to a meeting.

Many residents feel that although Lightfoot, who has been critical of the speed camera program, which has been controversial since it was introduced by Immortan Rahm Emanuel in 2013, is sending the wrong message by skirting the law altogether while it is still in place.

When reached for comment, Lightfoot, now insisting on calling herself Imperator Leadfoot, insisted that she “was the woman who grabs the sun, riding to Valhalla!” before careening through an intersection.