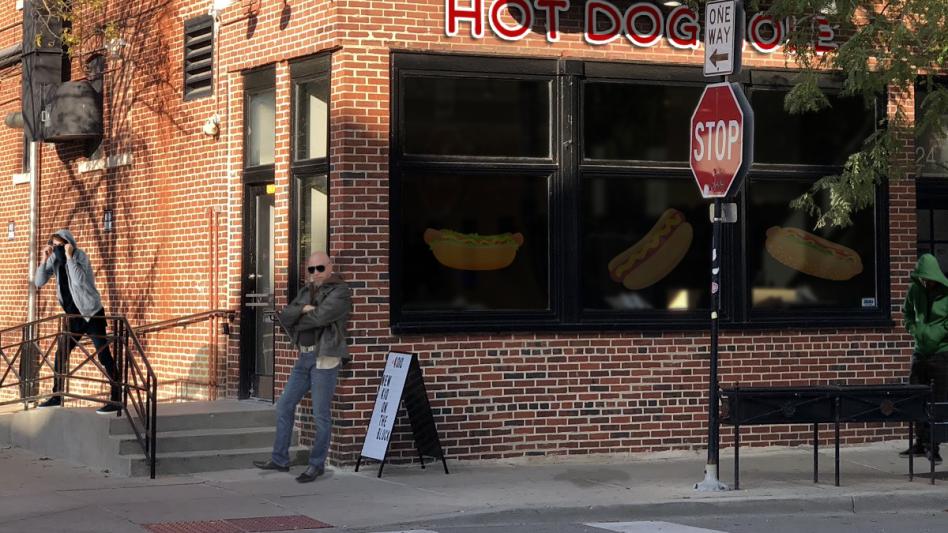 LINCOLN PARK — While the coronavirus pandemic has seen even some of the most resilient Chicago institutions shutter, a local hot dog hut has been a beacon for Lincoln Park residents. The Hot Dog Hole has been thriving by serving up dogs, brats and fries and not being in any way involved with drug trading enterprises as a cash-heavy laundering front.

The Hole was founded in 2002 as a place to discreetly exchange cash for “‘dogs,” as they’re affectionately called. At first glance the Hole is just like any beige-walled, desolate corner store. But that low-profile look is no accident. The inconspicuous diner has made a name for itself among local residents, maintaining a run-down aesthetic that they adore.

But just how does a little hot dog stand that has been unable to hold more than one customer inside at a time since March continue to rake in the dough? “We make our money selling hot dogs,” said owner Igor Klacik, 47. “We sell hot dogs. Next question.”

That commitment to a simple menu reduces cost and allows the Hole to increase revenues year over year even as real estate prices in Lincoln Park skyrocket. According to their financials they sell around 50,000 hot dogs each week. “We only accept cash, therefore we cannot confirm nor deny the amount of ‘dogs we sell,” explained Klacik.

“It’s untraceable,” he added under his breath.

Residents also rave about the Hole’s consummate professionalism. “I’ve never seen anything happen at the Hole other than normal, everyday hot dog-for-cash transactions” says one anonymous resident. Adding another anonymous customer, “Nothing interesting happens here, let alone large-scale drug exchanges in the trucking bay behind the building.” Genius Herald reporters were assured of as much during the visit, where they were greeted by some of Kalacik’s associates informing them that they “weren’t gonna find nothing” and “won’t have anything to report much longer.”

A profile on the Hole also wouldn’t be complete without mention of its ruthless ability to eliminate competitors in the area. Other standout sausage sellers, like The Wiener Squeezer and Bill’s Big Brats, have seen business completely fold in the last few years. Kalacik suspects that his business strategy has a lot to do with that.

“We really dragged those dogs through the garden, if you know what I mean,” he said has he cracked his knuckles.