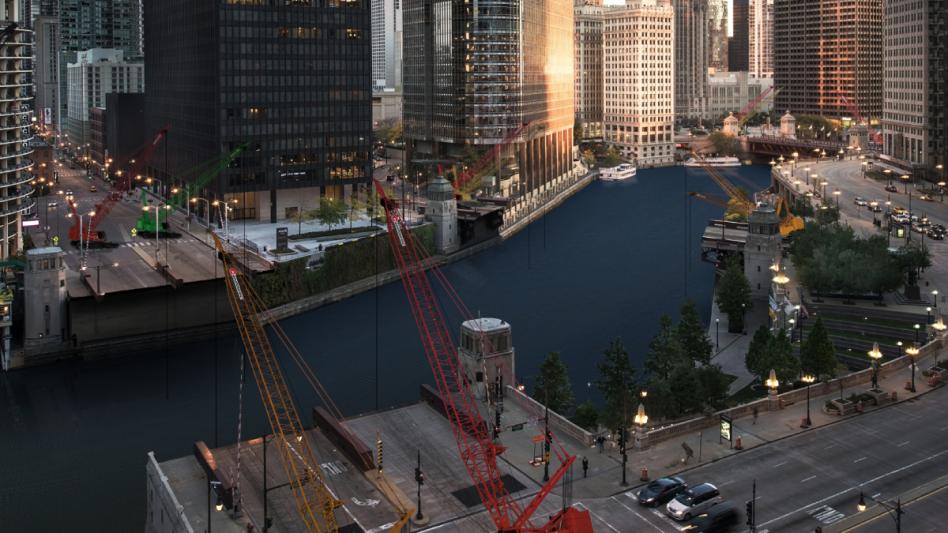 LOOP — After facing a backlash for raising the bridges in the Loop repeatedly to counter protests downtown, Mayor Lori Lightfoot has offered an apology to those affected by the road and CTA closing by lowering the bridges on Monday all the way down into the water. Using the pulley system built into the bridges in case of Canadian invasion, the bridges were lowered directly down into the Chicago River and will remain there till this weekend.

“This is what you wanted, right?” said Mayor Lightfoot in a press conference announcing the decision. “The bridges are now down, okay?”

While many were quick to point out that having the bridges dip down into the river presents the same problems as having them raised into the air, just reversed, Mayor Lightfoot continued to insist this was “what we wanted.”

“No one said how low they wanted the bridges, just that they wanted them lower,” said Mayor Lightfoot. “It’s not my problem if you all ‘monkey pawed’ yourselves.”

As the week begins with the bridges fully lowered, the CTA has announced a plan to resume service to the loop for weekday commuters.

“We’re either going to rent some boats to ferry people across the river or build up enough speed to make the jump,” said CTA Chairman Terry Peterson. “Of course none of this would be necessary if everyone was just a little nicer to the Mayor.”

Mayor Lightfoot concluded her announcement by saying the bridges would all be returned to the raised position at the start of the weekend, and threatened that “if Chicagoans keep riding my ass about this I swear I’ll move away from this city and take all the bridges with me.” An anonymous source within the Mayor’s office has suggested the Mayor is bluffing, and actually lost the remote that raises and lowers the bridges after taking it with her to brunch.