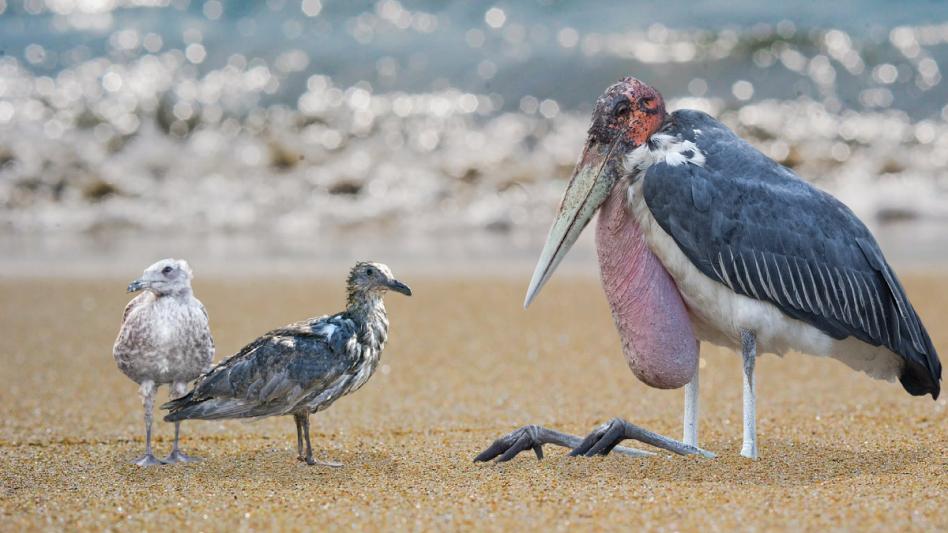 MONTROSE BEACH — In a landmark decision, the stewards of the Montrose Beach Bird Sanctuary have decided to expand operations to protect the nests and habitats of even ugly birds who look like crap.

“We’ve decided to open our hearts even to birds that have weird scraggly beaks or dust-colored feathers,” announced bird protector Andrew Mingus, 43, at a press conference Saturday. “We may hate and revile them, but I guess they deserve a spot on the beach too.” Going on to list several other ways birds can be ugly instead of beautiful, Mingus eventually outlined a four-pronged plan of attack for the expansion.

“And I for one would like that to change,” Burns added.

In addition to expanding the nesting grounds on the shore, the Sanctuary is adding more amenities specifically for ugly and weird birds, including a two acre silt pit and several gardens of skunk cabbage. “If we’re going to do it, we might as well do it right,” said Mingus, carefully planting a gnarled dead tree into the wizened earth at the beginning of the newly created swamp. “Our hope with these is that some buzzards will come sit on them and caw in a scary way.”

While ugly and grotesque birds are at the epicenter of the new push, beautiful or even pleasant-looking species are welcome to enjoy the new space. “I don’t know why cute birds would want to roll around in the mud or eat maggots under a grey sunless sky, but they’re certainly welcome to partake,” Mingus noted, as a murder of crows settled into an unsettling formation behind him. “Ideally, the bird sanctuary will be a refuge for all.”

At press time, bird volunteers were attempting to inject smoke and sulfur into the sky, to create a better ambiance.