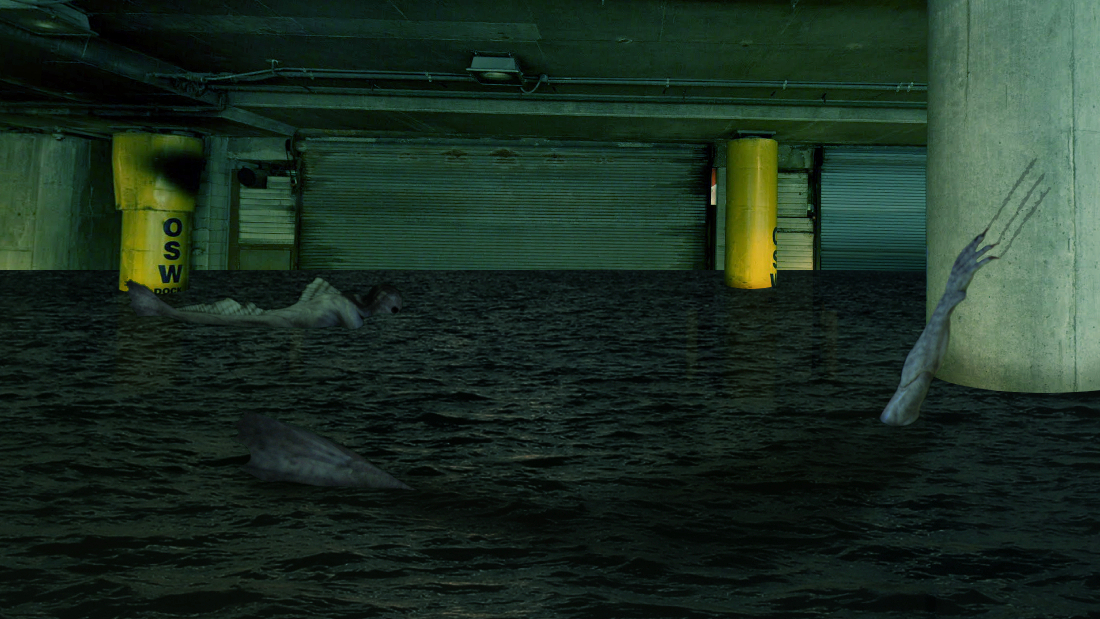 THE LOOP—While we’ve yet to fully grasp the scope of the coming climate apocalypse we’re currently hurtling towards, it doesn’t have to be all doom and gloom. Case in point: after the unexpectedly heavy rainstorms the Chicagoland area this weekend have led to the return of the Lower Wacker Mermen after decades of absence!

A staple of the Potawatomi tribe’s diet since long before the arrival of Jean Baptiste Pointe du Sable, the Lower Wacker Mermen were a common sight for eagle-eyed travelers on Lower Wacker Drive for centuries. Renowned for their valuable meat, bones and blubber, the merman suffered dwindling numbers throughout the late 20th century as the city dredged Lower Wacker to make it accessible to motorists and finally went extinct in 1985 following the final year of The Wieners Circle’s “Mermystery Mermeat Sandwich” promotion.

“We were transporting some people with inflatable watercraft and I saw this big, goggle-eyed thing staring back at me from the water,” reports Stan Lupinski, 45, a member of the Fire Department. “And I says, ‘I think that’s a Merman!’ I grew up hearing stories about them from my pa but here I am staring one straight in the face!”

It’s exciting news to be sure, and the feeling is mutual!

“FOR TOO LONG WE HAVE DREAMT,” hissed Ichthous Spumous XI, 567, the 7-foot tall King of the Mermen told The Chicago Genius Herald when reporters caught up with him as he patrolled the flooded River Walk.

“FATHER DAGON AND MOTHER UNDINE HAVE PROMISED US OUR INHERITANCE,” he continued in between clicks of his numerous rows of needle-like teeth, “AND MANY TIDES HAVE PASSED SINCE THE BLOOD TITHE HAS BEEN PAID.” When asked if he preferred the White Sox or the Cubs, Ichthous merely clutched at a necklace made of human fingerbones, let out a guttural hiss and swam off toward the West Loop.

“This is phenomenal news and proof that nature is much more resilient than we give it credit for,” said local Merman enthusiast and Brown Bag Seafood Co. dishwasher Ephraim Waite, 24. “I mean, if the Lower Wacker Mermen can come back, it makes you wonder what might be next. The Lincoln Park Griffons? The Bucktown Manticore? The Andersonville Cyclopes?”

“This is really great news,” remarked Sherman LaRonge, 56, an employee of The Wieners Circle. “Once the quarantine ends, we might even be able to start offering Mermystery Mermeat again!”