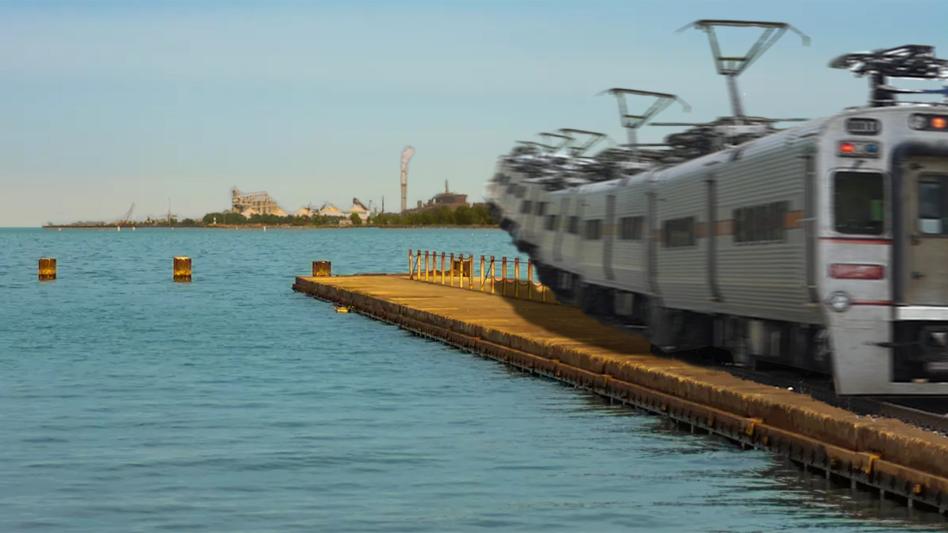 GARY, IN — Amid ridership approaching pre-pandemic levels and a continuing labor shortage with no end in sight, Northern Indiana Commuter Transportation District (NICTD) has announced they will be redirecting South Shore Line services to replace all outgoing Indiana stops with one terminating station in the middle of Lake Michigan.

James Derwinski, Executive Director of NICTD, announced the changes in a press conference held on a barge off the coast of Gary last Tuesday. “In times like these, we need to prioritize the quality of service we provide to Chicago residents first,” Derwinski stated to the press, who were doing their best to stay afloat. “We have to use our limited resources wisely, which right now means more trains more frequently to the South Side and getting Indiana riders out of the city and into the cold, unrelenting waters of the lake as quickly and efficiently as possible.”

Reactions to the decision have thus far been mixed. John Blundle, 35, a conductor on the South Shore Line, is in favor of the decision. “Indiana is a lawless wasteland. I feel much safer with the Lake Michigan stop,” he said as he wrung the lakewater out of his soiled uniform. “Those Indiana riders frighten me. They speak in some sort of alien language and make strange hand signals. I usually just punch their ticket and avoid eye contact.”

Mark Cornwald, 43, a Southbend resident and frequent rider on the South Shore Line, is not pleased with the new service changes. “∏≓ℌ❲♓︎⸘⁊^∥∣  ∠∥ƃ⎦⎪^§⊉∸⎛,” he shouted as he demonstrated his lifelike shadow puppet of a swan. Genius Herald reporters were unable to locate him for a second interview following his first ride under the new timetable.

Derwinski has indicated that services could return to Indiana, provided no Indiana residents are actually permitted to board. Blundle is opposed to this compromise, citing a powerful negative aura filling the train car every time the doors open. “Last time we stopped in Portage, I saw a gremlin on the tracks and no one would believe me. I think he put a curse on me.”

When asked about other possible service changes, Derwinski gave no definitive answers. “We are always looking for new ways to improve the experience,” Derwinski said to the inquisitive reporter that had already been claimed by the murky depths. “If the new South Shore Line map improves rider experience like we hope, you will no doubt see more lines incorporating the bottom of the lake into their service schedules.”