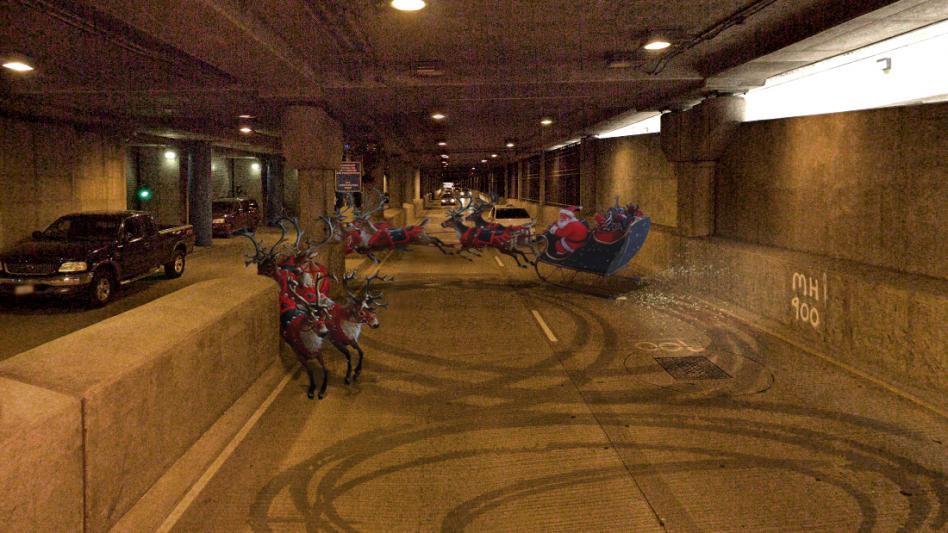 “I thought maybe he lost his GPS signal or something,” said Alex Symanski, 30. “I was here buying some ‘presents’ and here comes old Saint Nick screeching his sleigh against the road as he pulls some sick donuts. I’m pretty sure he was blasting some kind of trap remix of Sleigh Bells.”

However, others said that Santa was celebrating winning a street race against a Honda Civic souped up with 3 spoilers, driven by a man known only as “El Caballero”.

“Oh he rinsed that other car” said Tonell Jackson, 45, who was driving on Lower Wacker at the time. “I didn’t know reindeer had so much horse power.”

After his celebration, Santa reportedly headed above ground to continue delivering presents to all the nice citizens of Chicago and eat all of the cookies and pierogies they had left out for him.