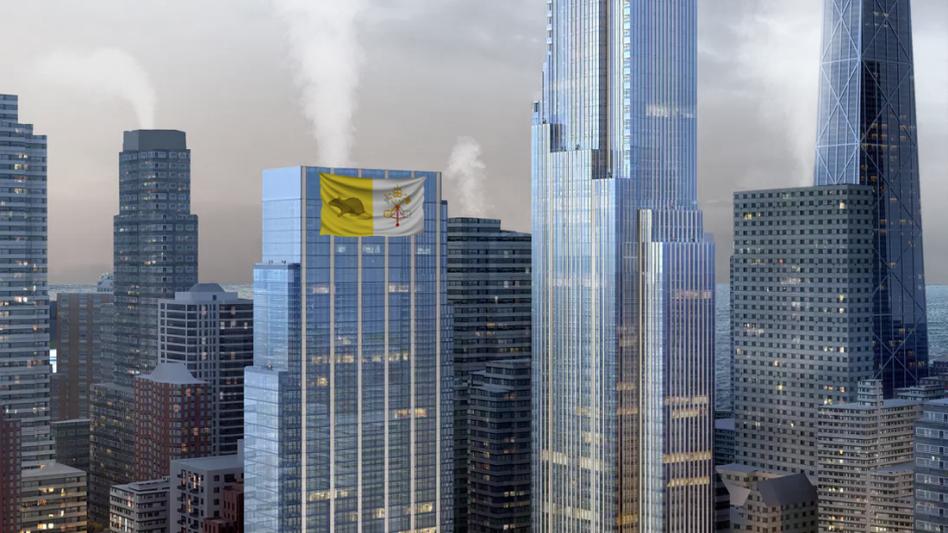 THE LOOP — In accordance with centuries-old tradition, The Holy Rat Church announced the election of its new religious leader Friday with white steam released from the heating systems of Chicago’s skyscrapers. Napoleon Despereaux Whiskers, a Norway rat from the Budlong Woods neighborhood of Chicago, is the new Rat Pope, and will be taking the name Scrutus I.

Scrutus, who will be the first Rat Pope from the Budlong Woods archdiocese, appeared in traditional white robes in the sub-basement of the Chicago Board of Trade building to lead the faithful in prayer. Despite division in the Rat Church over Scrutus’ liberal doctrine as a cardinal, the gathered horde of rats unanimously pledged their love and support for the new rat pontiff, squeaking wildly and lifting their tiny paws to the low, grimy ceiling.

An interpreter for Scrutus was able to translate some of his remarks into Italian for the Genius Herald: “Ringrazio tutti, miei amati, per la sua gentilezza. Preghino per me, preghino per il mondo, e, naturalmente, preghino per un po dei rifiuti quando ne hanno bisogno.” This represents an apparently conciliatory message from the controversial religious leader.

Scrutus’ election marks a turning point for the Rat Church, which has faced dwindling believers and widespread criticisms of intolerance during the reign of his conservative predecessor Pope Scrinis II. Scrutus is expected to reform much of Church doctrine, including support for female rats in the priesthood and increased ministry to lab rats, who have been traditionally shunned by the Church.

The election of a new Rat Pope follows a week of secret conclave in the basement vault of the Board of Trade building, which by ancient treaty operates as a sovereign city-state known as the “Rat Vatican,” or “Ratican.” Rat Cardinals debate in the secrecy of the vault and vote for their new leader by anonymous ballot until a majority is reached. The signal is then sent to the world by means of the building’s heating system, which is turned all the way up for the occasion.

“It gets mighty warm in here, but the little guys look so pleased that it’s hard to deny ‘em,” said Clyde Russert, 51, facilities manager and longtime “Lighter of the Sacred Flame,” following the prayer ceremony. “A few years ago I even reached out to the other guys in my union to get the other buildings in on it. The rats really seemed to like that.”

Pope Scrutus will spend the next several days in prayer, occasionally meeting with Church officials and city leaders. In the coming weeks, he will then travel to re-establish ties with other religious leaders, including the Raccoon Archbishop in New Orleans, and the President of the Conference of American Corvids and Jays in Cleveland.

“I wish him the best,” said Russert. “I’m gonna go turn the heat down now.”