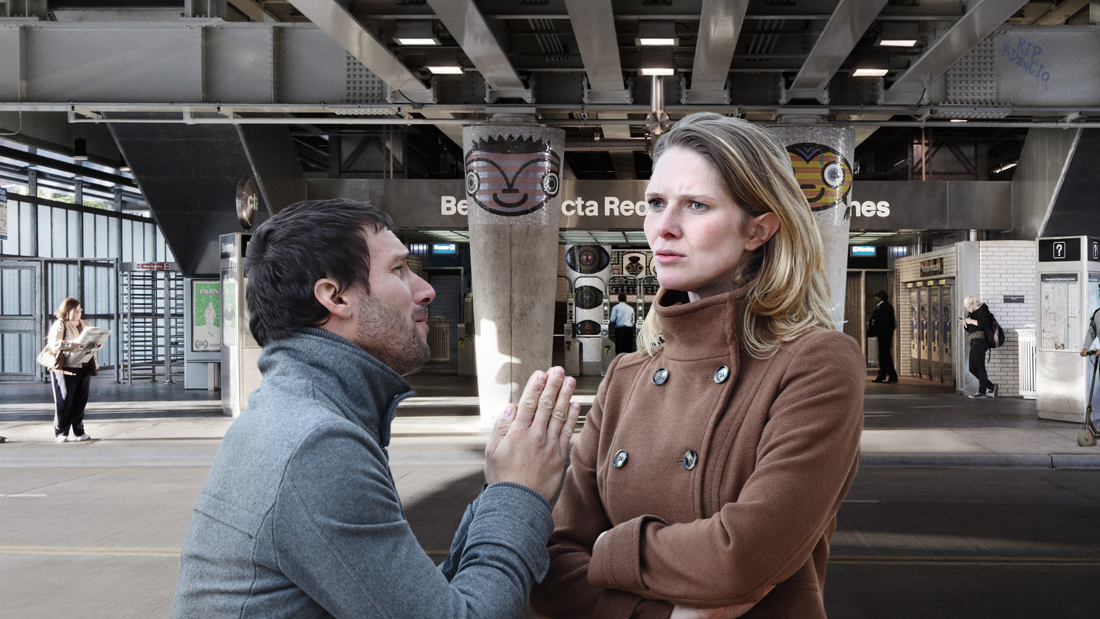 LAKEVIEW—In spite of both the Snow Times and cuffing season fast approaching, The Chicago Genius Herald is hearing reports that Josie Randell, 27, is currently breaking up with her boyfriend of six months Luther Omringo, 29, on the benches just underneath the Belmont “L” station. It’s a shocking move, and one many observers are using to cite as proof that Randell would have been a high-ranking warrior-priestess in any number of ancient pre-Christian societies.

The couple’s recent troubles reportedly came to a head after a viewing of Bong Joon-ho’s Parasite at nearby Landmark’s Century Centre Theatre. In the middle of a lengthy diatribe by Omringo that he found the film boring and would have much rather seen Star Wars: The Rise of Skywalker for a fourth time, Randell is reported to have said, “Yeah...I don’t know if I can do this anymore.” Casual observers state that Omringo could not have looked more stunned if he’d been a Roman legionnaire staring at his own spilled intestines on what was supposed to be a routine patrol through Gallic territory in 57 BCE.

As she comforted an openly blubbering Omringo at the “L” station with a calm tone of voice that nonetheless left little doubt that this was well and truly the end, bystanders were allegedly struck by the ease with which they could imagine Randell resplendent in a headdress of Irish elk antlers and presiding over the last rites of one of her clan’s great warriors, and wondered aloud what they could achieve with only a fraction of her nerve.

“Watching that girl break up with that schmo, even though he’s crying and wailing and making a big fucking scene and shit?” opined local Sybian repairman Hank Lorm, 45. “Man, makes me wanna throw my tools into the Chicago River, walk away from all of this. But that’s a young man’s game—I shot my shot. Ah, well. Good luck to her.”

“Humans just don’t have the nerve to do something like that anymore,” said Denise Barry, 23, an employee at the Belmont Chicago Bagel Authority. “When that woman walked in here after breaking up with that dude in full view of everyone right as it’s about to get cold as all shit? It felt prehistoric. Unspoken. I absolutely knew whatever she ordered she was not going to pay for it. I’m not ending up with my head on a stake. No way.” 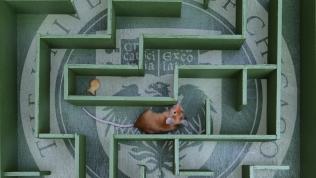