On Top Of Everything Else, WiFi Being Weird 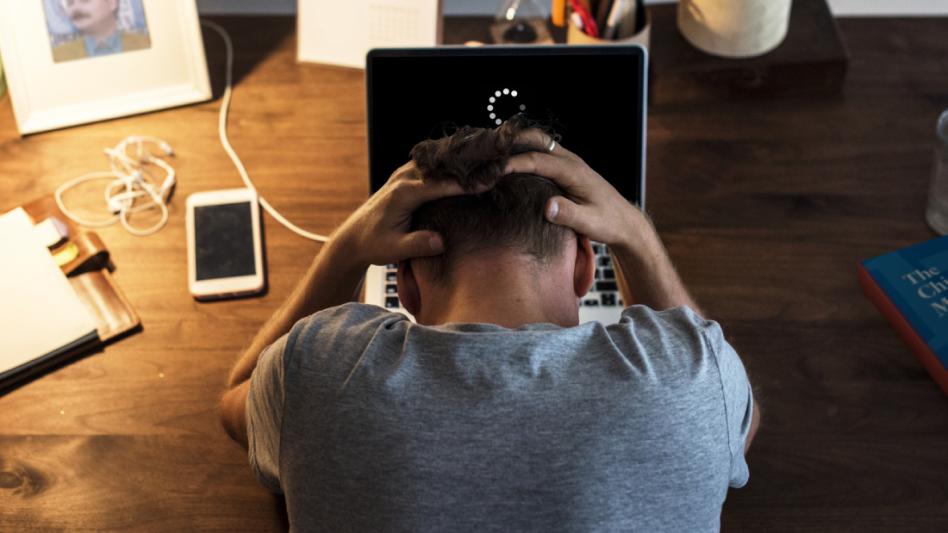 ANDERSONVILLE—These truly are unprecedented times. A pandemic ravages the world, closing schools and creating record unemployment. Experts wonder if the economy will ever truly recover, all the while a contentious presidential election wages in the background. Americans stand at a crossroads, wondering what the future will look like, and what power they even have to change it. And, to top it all off, Jack Joseph’s WiFi is apparently being weird.

Joseph, 26, thought the internet was the one thing he could count on while the world came to a bitter end. “I was assured when setting up my account that I had the bandwidth for both streaming and gaming,” he said.

However, Joseph is beginning to doubt those claims. “I’m having to refresh The Florida Project five, six times because Fred Armisen is playing Civ in the other room. I mean, there are worse things than a screen frozen on Willem Defoe’s large, expressive eyes, but it’s the principal of the thing.”

Armisen, 26, Joseph’s roommate who shares a name but no relation to the iconic SNL performer, has concerns of his own. “How am I supposed to run a game while Zooming my friends and streaming music at a nearly imperceptible volume if Jack is watching indie cinema in the living room?”

Joseph, who is no longer on speaking terms with Armisen, claims the pair started their quarantine on good terms, but the situation soured by the end of March. “He is just so damn talkative,” confided Joseph. “It’s always ‘Pick up your trash’ this and ‘Why are you wearing my shoes again’ that. I need my space.” The isolation, however, is taking a toll.

“I can’t go to the Music Box, I can barely go outside,” said Joseph. “If I can’t open Twitter and have the videos begin to play instantaneously, how am I supposed to feed my mind?” While Joseph clarified that he could cope with dropped Zoom calls and Facetimes with his parents, but found his wonky internet particularly unbearable when presidential hopeful Bernie Sanders dropped out of the Democratic Primary.

“I had to upload this meme I made three separate times before it finally took,” Joseph recalls, fighting back tears. “Someone could have beaten me to it. If I don’t have the validation of strangers, what do I have?”

Though times are hard, Johnson says the whole experience has taught him to value the things that really matter. “I’ll never take high speed internet for granted agai—” he began before checking his buzzing phone. “Sorry, my mom is calling me. Eh, I’ll get it later.

“My point is, I know we all have to make sacrifices right now,” Joseph said. “But how will people know I know that if my WiFi is spotty?” ​