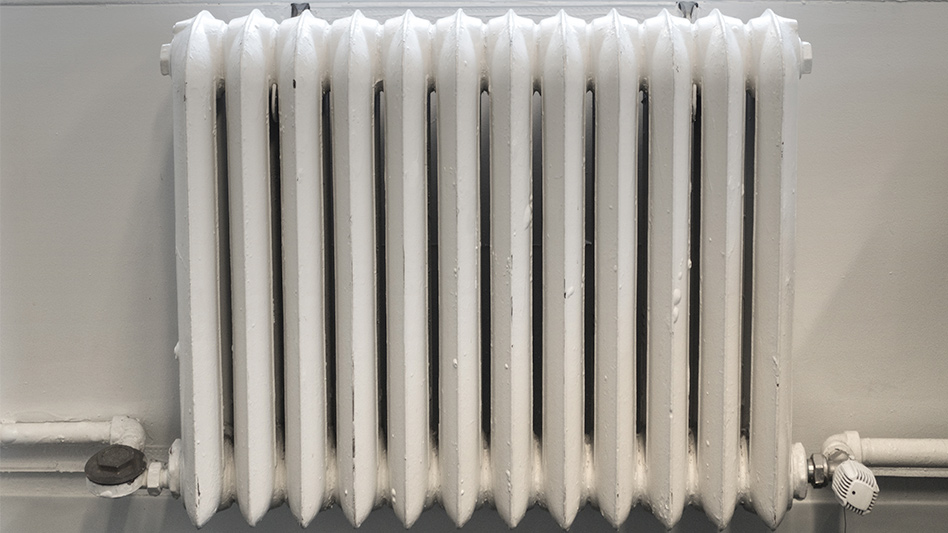 AVONDALE — With fall cooling down and winter on the horizon, renters await the familiar and only slightly terrifying sounds of their radiators turning on. Local couple Ann Morris, 31, and Ralph White, 30, hearing the pipes of their apartment building’s 40-year-old radiators knocking as they filled with steam for the first time this season, rejoiced as if their long lost son, missing in The War and believed dead, was knocking on their door after an Allied victory.

“Wait, do you hear that?” Morris said, the pitch of her voice rising as if she heard the familiar rat-a-tat-tat knock of a dutiful son who pledged his life to beat back that rotten Adolf Hitler. “They’re turning on!”

Squealing with delight, Morris, wrapped in an afghan and supporting the Allies by watching The Great British Bake Off, jumped up from the couch as White ran in from their nearby kitchen, grinning like he’d just seen the familiar crew-cut of his brave young warrior walking up the driveway and wanted his wife to experience the best surprise of her life. “Yeah...in here too,” he announced. “They finally turned on our steam heat!”

Running to each other as if the weary-but-proud young private was standing in the middle, Morris and White hugged and wiped away visible tears as the knocking of the radiators around their apartment reached a nearly deafening level.

“We love you, Mr. Landlord!” Morris said aloud, as if praising the memory of President Franklin Delano Roosevelt, whose steady leadership guided us through The War and brought our boys home so they could knock on doors again.

“Yeah, I put them on this week, still need to get some repairs on ‘em, but eh, it’ll happen,” said Demetri Ogle, 52, Morris and White’s landlord since 2017, “I think if I don’t I get, like, a ticket or something if they report it.”

Lightfoot Warns "We're Heading Back to Phase 3 if You Don't Stop Going to the Bars I Opened"
Mayor’s Office: “What Chicago Lacks in Protected Bike Lanes, It More Than Makes up for in Ground-up Mixtures of Cyclist Flesh, Asphalt and Twisted Metal”
Official Wishes Pilsen Residents Could Be More Civil About Critiquing City Plans to Displace, Destroy Local Communities
Shedd Penguins Added to Chicago Bears Defensive Roster Until Aquarium Reopens
After Aides Infected, Mike Pence Institutes Inquisition Among Staff
Illinois Man Already Restricting Activities Not Sure What Else Pritzker Wants From Him