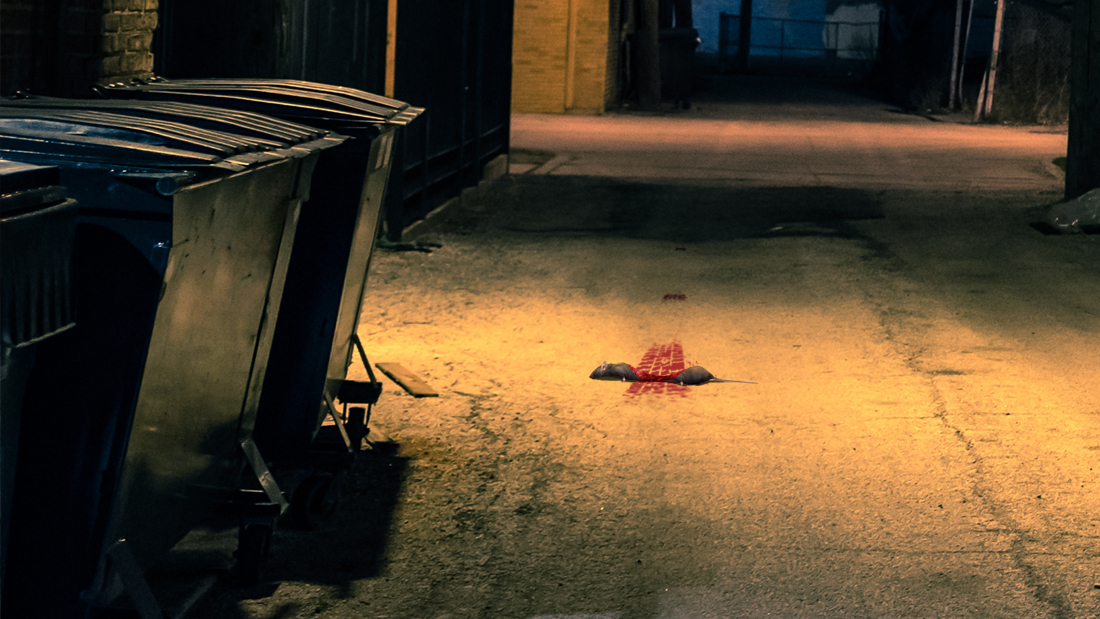 “I was just walking to get some lunch and I saw the dead rat out of the corner of my eye,” said Robert Hoaglen, 33. “I kept walking, but I realized in that moment the fragility of life in the city. How cold and unfeeling we become, just keeping our eyes down and ignoring the pain around us. I felt like total shit the whole rest of the day. Fuck, man. Grim shit.”

Those who encountered the rat body described being overwhelmed with emotion after walking by the alley where it had been pancaked by a garbage truck earlier that morning. People described experiences ranging from a strong desire to call their parents and tell them they’re sorry to finally telling that obnoxious co-worker that you won’t be attending their one-man show because life is too short to support bad art. One resident, who chose to remain anonymous, said seeing the deceased rat had “shown [them] the beauty of death and ignited a need to kill.”

Others immediately felt inspired by the image of the destroyed rodent to create art. Frances Everett, 23, and Zack Wilson, 24, recalled seeing the remains on the way to practice for their band, Ralph Nadir. “We were arguing about some dumb shit,” said Everett, “and we saw this smashed up rat in the alley. Zack was like ‘Look at that thing, man. It’s just a puddle of fur and guts,’ and I said ‘Whoa, that’s the name of the album, man!’ We haven’t written any songs yet, but I took a picture of the rat, we’re putting that shit on a t-shirt.”

Throughout the remainder of the day the decaying, mutilated corpse provided the symbolic reference point for several breakups, people quitting jobs, and decisions to move out of this “rat trap” and back to Iowa before it was eaten by an urban coyote at some point in the night.