If We Come To Your Theatre Company's Fundraiser, We Want You To Promise You Won't Do Any Weird Plays In 2020 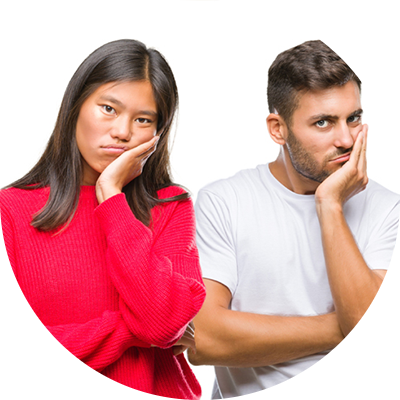 By The Beleaguered Friends Of Performers
Columnist

Ugh. Yes, okay. We got your invitation. Yeah, the paper one. We also got the Paperless Post e-vite you sent, the Facebook invite, the Google Calendar invite and the follow-up email you sent, so yes. Fine. We will attend your theater company’s end-of-season fundraiser.

However! If we do so, we, the beleaguered masses of your friends, want you to promise us that you’re not going to do any weirdo plays in 2020 with our money.

Let us be frank: if we are paying $75 for the privilege of attending “Chino Cinderella: A Down-To-Earth Gala & Fundraiser For The Modern Mechanicals Theater Troupe,” and if that $75 does not in fact include unlimited drinks at the hosted bar, we do not want to see you putting on some out-of-left-field horseshit with our money that could have gone to absolutely anything else!

Bryn, we do not want to see you get nude on stage. Again. Ashleigh, doing warm-ups from Anne Bogart’s The Viewpoints Book for 75 minutes is not the same as “devising” a work. Matthew? You cannot call us up on stage during an “experimental” theater piece if you are going to make. Us. Wear. Your. Clothes. And. Pretend. To. Be. Your. Own. Cat. Who. Is. In. Heat. We are not doing that!!!

Maybe it’s our fault. For a long time, we were nervous about not “getting it,” and sure we saw that production of Smokefall by Noah Haidle at The Goodman back in 2013 and assumed that every play needed to have a middle act where two grown men pretended to be fetuses and did a Vaudeville routine. So maybe we let your line out a little too far when you started doing things like setting Marriage à la Mode at a beach party on Mars. It seemed different!

But we’re older now. Some of us have bought couches! New couches! We can’t be spending money on shit named like TiKTOck: The Infernal Mysteries Of Archibard Blumley, The Mad Clockmaker. Until you guys prove that you can handle this high concept garbage, we are limiting you to one (1!) understated production of Coriolanus where everyone can wear rehearsal blacks, and as many down-to-earth sitting room dramas by DePaul BFA playwrights as you can finance. That’s it!

We’re sorry if this comes as a shock or a disappointment, but we have to speak our truth. Oh and by the way, we have an improv show at the iO later this month if you’re free to attend—we’re going up at 11 p.m. after 5 opening acts, which we know is kind of an ask but tallboys of Schlitz are only $3 on Tuesdays. It’s honestly a great deal. Hope to see you there!