Rat Week? Where the Hell is Coyote Week? 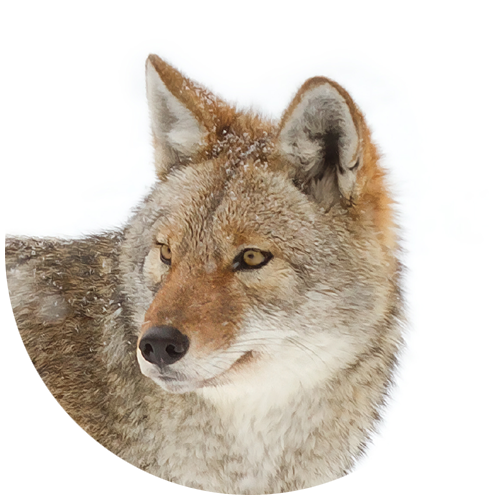 By Mercy - a concerned coyote
Columnist

Note from the Editor: In the interest of fairness, we are running an op-ed by another of Chicago's scavenger populations, but this is in no way to be interpreted as an endorsement of any non-rat focused ideology.

Rat Week? Another Rat Week, The Chicago Genius Herald? Sure, I guess. Why not? The little bastards are a dime a dozen in this city; scampering hither and thither, dragging their urine-soaked testicles over every surface on an endless quest to colonize every frozen pile of trash in every alley from Howard to Burnham. And they get a week?

You spilled about a dumpster’s worth of digital ink honoring—let’s just call it what it is—the “Chicago Machine” of pest problems, but you can’t talk about the rise of a population of rag-tag underdogs? You gave almost a week of coverage to the damn Humboldt Gator! Someone put that gator in that lagoon, you semi-literate goons.

News flash, flat-foots, coyotes like me are making moves in Chicago. Big moves! No longer content to just be a blur running down an alley that Chicagoans convince themselves is a stray dog; we’re ready to make a play to become Chicago’s iconic pest. When I bit that kid weeks back, I did it to signal to Chicago—and a certain group of legal-weed-addled “journalists”—that the Year of the Rat is ending early. The Year of the Coyote is here.

You think I put my life on the line by grabbin’ a taste of kid arm just so you could once again hand a big ol’ hunk of press coverage to those skin-tailed trash-touchers? Coyotes are ready to be taken seriously in this city! We want to be the signature vermin of Chicago! We want to pop out and scare folks putting trash in the dumpster, to poop all over CTA stations, to have our pictures taken in broad daylight and posted to Instagram with a caption like “whoa, look at the size of this coyote, life in a city lol #citylife #coyoteugly #wilycoyote.”

Rats are played out! As pedestrian a city problem as loud neighbors or having someone spit into your open mouth on public transit. Sure, Chicago is a thoroughly modern American city, but we can’t forget that this city has long been a hub for America’s agricultural industry, from our historic and yummy meat packing districts to our rail yards of less-appealing commodities like grain and salt, and as such needs a dignified, farm-to-alley pest to stalk its streets. I want us to live in a world where it’s a matter of pride that Chicagoans have to grab their scatterguns late at night to go chase off the pack of coyotes trying to devour their stock of goat milk and smoked fatback!

Rats? What is this, New York City?

Look, maybe I’m just a simple, feral canine, but I love this city! I love roaming back alleys at night, I love living in a stump in a graveyard, hell, I even love eating rats. But stop giving those delicious, garbage-stuffed morsels all the credit when it comes to the wanton destruction of Chicago. Hell, you don’t even have to start with coyotes. I just want a week, a day, a minute that isn’t about—please, imagine just the most sarcastic of air quotes—“the largest rat population in the continental United States.” Seriously, who gives a rat’s ass?

I speak for the raccoons, tipping trash cans. I speak for the pigeons, who know not where they shit. I speak for the squirrels, darting into traffic just to see what happens. We, the forgotten vermin of Chicago want our own weeks...or I know a certain editorial board that might want to avoid alleyways at night.