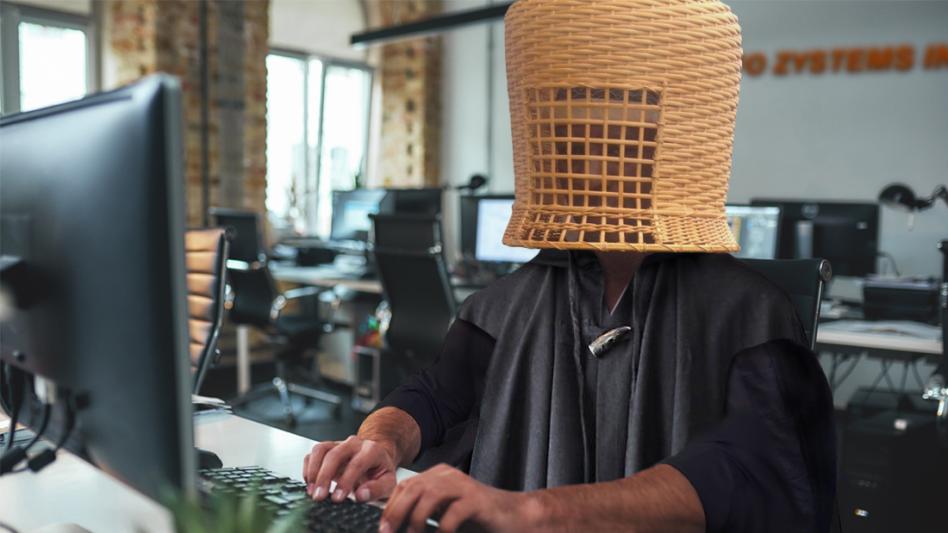 THE LOOP – In his first week at hip tech startup Zinfo Zystems Inc., local “code ninja”, Nick Russo, 28, was reportedly having a hard time making his first deadline while wearing a straw bascinet and the robes of a mendicant monk, a popular Edo-period ninja disguise.

“When we put ‘code ninja’ in a job description, we usually expect them to have some borderline competence with C# and ninjutsu.” said Nick’s manager Dereck Jones, 38. “It’s not just some infantilizing superlative to stroke the ego of man children who need to have their little baby butts powdered. We’re really looking for someone as silent as a blade of grass, as deadly as time itself, and skilled in object oriented programming. So far Nick is zero for three.”

“I’ve been having a hard time to be honest,” said Nick, muffled. “I’m really giving it a college try, but I can’t see more than three lines of code at once.”

Nick does take some of the blame, however.

“I should’ve taken the job description more seriously. I thought it said agile development, though in retrospect it’s entirely possible it said developing my agility. And the interview was super weird.”

“He did great on the coding portion of the interview and nailed the climbing wall,” said Dereck. “He did step on the caltrops we sprinkled outside the office, but most applicants do. Anyways we gotta take what we can get. Turnover rate is…very high. Most don’t survive their first mission.”

Nick was then found feverishly Googling at his desk for a job that didn’t involve “missions.”

As of press time he found one that he was excited about titled “Needed: Rock Star Web Developer”.