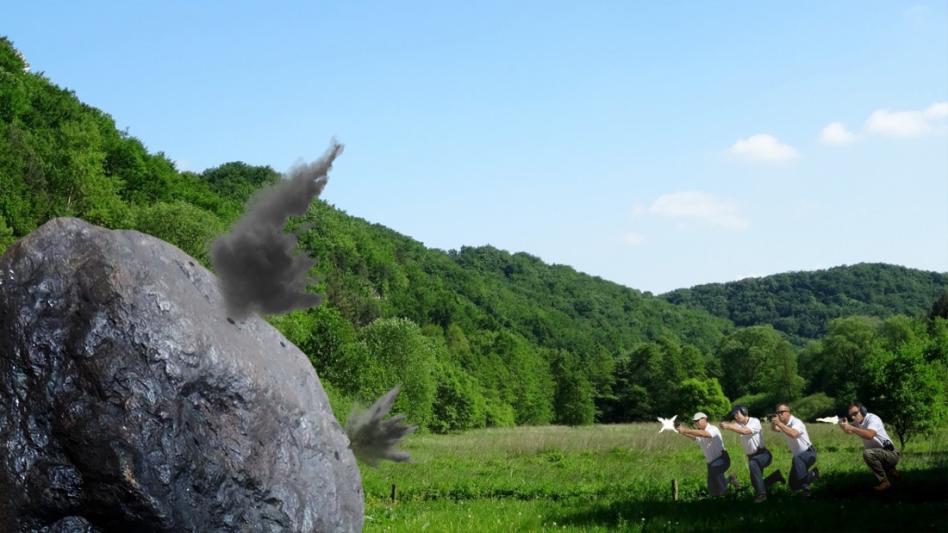 CHICXULUB CRATER, MEXICO—Deep within the Yucatán Peninsula a team of multidisciplinary, international scientists has excavated a large remnant of the asteroid which triggered the Cretaceous–Paleogene extinction event that wiped out the dinosaurs and reportedly fucking unloaded on it.

“This is the culmination of decades of research and cooperation between geologists, paleontologists, and ordinary citizen scientists looking for revenge on the space rock that faded our boys, the dinosaurs.” said lead project scientist Isabella Williams, 53, who had just unleashed an absolute shitstorm of lead on the fifty ton piece of calcified rock with her suppressed Beretta M9.

According to scientific consensus, the asteroid impacted the earth slightly less than 66 million years ago, causing an intense climate disruption which annihilated 75% of all plant and animal species on Earth.

“This is for the gentle Diplodocus you fuck,” whispered paleontologist Danny Rodriguez, 38, as he wiped tears from his eyes and emptied three consecutive magazines from an AK-47 into the lifeless piece of space metal that fucked up when it even came to this planet.

“It’s dead, Danny!” yelled Williams, grabbing Rodriguez after he dropped his gun and began punching the asteroid with his bare fists. “It’s dead.”

The scientific community is abuzz with the possible findings that the research could yield.

“This could potentially be huge,'' remarked Williams later that day in camp as she was disassembling and reassembling a rifle blindfolded while hanging upside down from tree limb. “It will take years to sift through the data and shotgun shells, but I believe we’ve definitively proved that if you come at Earthlings, you best not miss.”