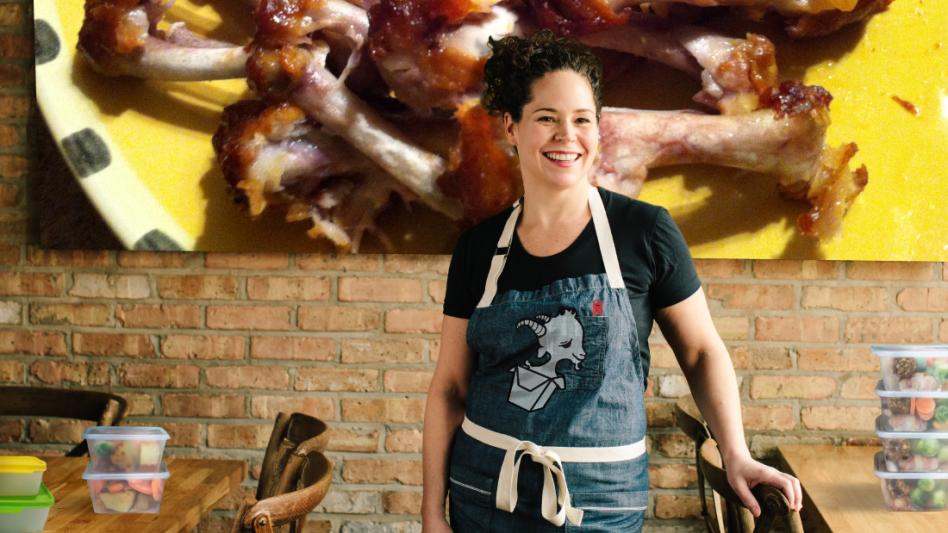 “We had to come up with a way to make money during the pandemic, so we started making food with the leftover food in our kitchen,” said Izard. “Everyone loves leftovers, so we thought, why not sell them?”

Izard’s new restaurant is located right next to the McDonald’s on Clark and Ontario. Izard’s hope is to capture the everyday person looking for a quick, easy bite to eat.

“You should never have to sacrifice quality for taste. The same goes for your leftovers,” said Izard. “Why get a four-dollar Big Mac when you could get our ‘Just Rice’ Fried Rice or frozen goat legs for the same price?”

When pressed about the sanitary issues of serving old food from the kitchens of her other three restaurants, Izard was quick to point out that their customers’ health is of the utmost importance.

“We use a human-friendly, tasteless, CDC-approved bleach,” said Izard. “Every day, sanitize our makeshift creations by running the items through a gentle bleach mist that cleans the food.”

Despite the questionable cleanliness and the possibility of bleach poisoning, the restaurant is already a hit. A friend of Izard’s, Ryan Johnson, 45, was the first one in line on opening day.

“Stephanie has done it again. I mean, two dollars for soupless Xiao Long Bao? Incredible.” said Johnson, eating from the safety of his car. “This is such a better option than fast food. Grab-and-go leftover fancy food?! What a steal!”

Genius Herald reporters tried to interview other people in their cars, but found it difficult as people tend to ignore us, a problem we’ve had to deal with since childhood.

Leftover Goat is open Monday through Sunday from 5 a.m. to 2 a.m. Like McDonald’s, their main competitor, Izard’s restaurant includes a drive-thru to limit contact with customers. Eventually, they hope to include a delivery option, but all trial runs have shown the food to become sad and soggy.

“We don’t know what the future holds,” said Izard, “But at least we can provide people with easy, cheap leftovers at an affordable price. My only hope is that this allows us to keep the business going, no matter how much food we throw out.”