New Chicago River Sensors May Make Slurpin’ Jude, The Guy Who Floats Down The River In A Barrel Testing The Water Quality With A Ladle, Obsolete 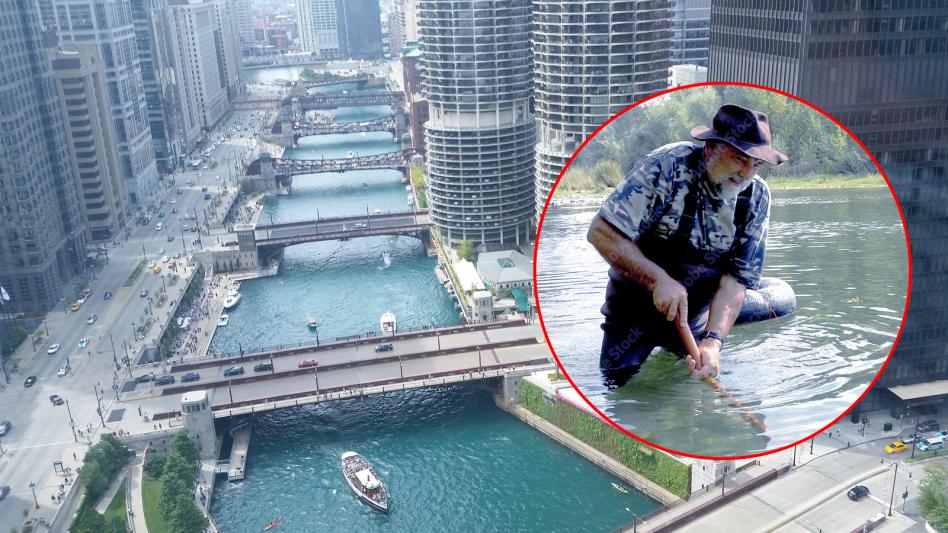 THE LOOP—Delayed by almost 2 years, three river sensors initially installed in the branches of the Chicago River by a local nonprofit in 2019 have finally begun to inform rowers and kayakers of the real-time bacterial conditions within the body of water this month. However, many locals are concerned that these state-of-the-art sensors, installed by local nonprofit Current, may make Slurpin’ Jude—the guy who floats down the river in a barrel testing the water quality with a soup ladle—obsolete.

“It was never our intention to supplant Jude’s place in the community,” explained Wentworth G. Thylacine, 39, a spokesperson for Current. “We installed these sensors with the expectation that they were supplemental to Jude’s presence in the watershed.”

Jude, 86, easily recognizable by his stained red union suit and well-used ladle, has been a staple of the Chicago River for well over six decades. Known for communicating the water quality by taking a big slurp with his ladle, smacking his lips and either going “she’s all right,” “pee-yew!” or doing a huge spit take and promptly vomiting, Jude is a huge part of the city’s riverside community that many don’t want to see whisked away for the sake of progress.

“It seems to me like we had a perfectly fine system already,” said kayak and old codger aficionado Bradford Fordley Brevins, 44. “You just spent a couple of days casing all 156 miles of the Chicago River until you saw Jude, you asked him ‘how’s it tasting today?’ and he’d give you an example right there on the spot.”

“And now I’ll have to check a website that can’t even tell me about the levels of fecal coliform bacteria in the river,” he added, “when a kindly octogenarian—with decades of institutional knowledge, I might add—is able to tell me within one slurp?”

Not everyone agrees with Brevins’s assessment, however, and many have long regarded Slurpin’ Jude as something of a nuisance.

“If you ask me, it’s about time Jude hung up his barrel and moved on,” said Ravenswood Manor homeowner Shoshonna Yowers, 58, who owns riverfront property in the river’s north branch.

“The number of times I’ve had to usher the kids inside because I can hear someone caterwauling the opening bars to ‘Gum Tree Canoe’ underneath the Wilson Ave. bridge? It’s untoward, distracting and I’m reasonably certain it’s driving down housing prices,” she concluded.

“Shucks young feller,” the drifter was quoted as saying when Chicago Genius Herald reporters caught up with him as he floated into Lake Michigan. “I’m crazier than a sack of woodchucks and about half as smart, I’ll be fine if some new fangold-dangold sensor wants to give me the business of a polecat’s claw-ends. Now point me in the direction of Calumet, I got a date with a fishmarm that ain’t gonna wait!”