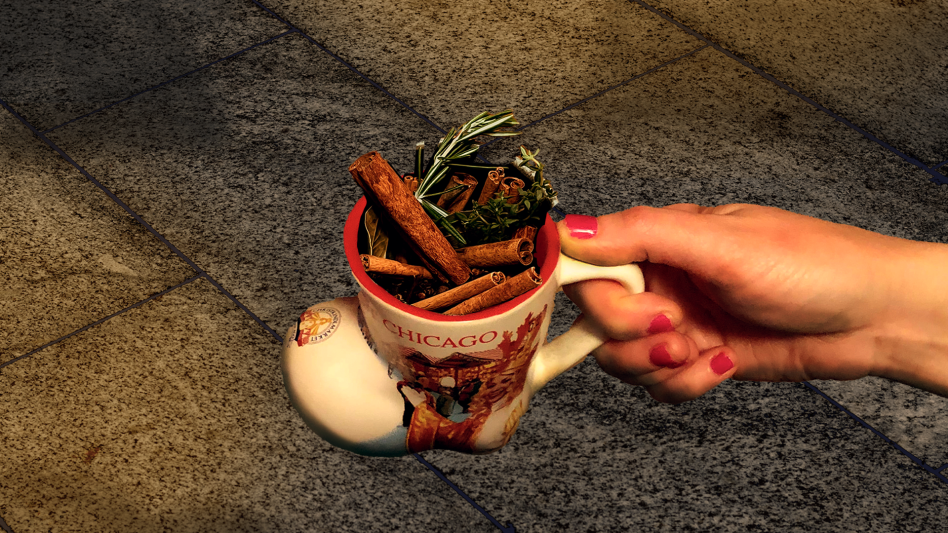 THE LOOP — Fans of frigid temperatures, dense crowds and warm spices rejoice! Chicago’s famous Christkindlmarket has reopened and early guests are excited to receive a mug of the market’s beloved mulled wine that’s just all spices, not yet deluded by weeks of mulling.

“I was the first in line, I love Christkindlmarket,” said Aynslie North, 26, a Tik Tok influencer who specializes in videos about a quarter square mile of downtown. “And when they handed me a mug of damp spices, I knew I’d beaten the crowd!”

The traditional mulled wine — called glögg by Swedish-Chicagoans and “da stink wine” by Chicagoan-Chicagoans — includes spirits, fruit and spices in a red wine base.

“I knew I was in for a treat when a cardamom pod got stuck in the tap and they had to get out a big scoop to fill my mug.” said North, “That was some pure, uncut mull in that wine. It’s been days and I still can’t taste anything but spice.”

According to North, her mug was packed with all of the spices traditionally included in mulled wine and more, including cinnamon sticks, star anise, cardamom, ginger, bay leaf, peppercorn (black), peppercorn (Szechuan), mustard seed, poppy seed, cumin, fenugreek, nutmeg, clove, and coriander, but no allspice, surprisingly. The mug also contained at least several tablespoons of wine.

“I just love the flavors of this time of year,” said North, picking a fennel seed out of her teeth. “Fall is for pumpkin spice, a gentle, comforting palate. Like a sweater for food. Winter is for feeling something to remind you’re not dead. A perfumed slap to the face. A hot mug of red that tastes like the inside of a candle store. Something that feels more like a potion than a food.”

“Oh, yikes,” said North, holding her stomach and ending our interview, “sorry, every time I burp I basically pepper spray myself.”